The 2024 Audi Q6 e-tron development is under way and two test vehicles were recently spotted roaming streets in Germany. The Q6 e-tron is Audi’s first electric car to use the newly developed PPE platform, the one to be used in the upcoming electric Porsche Macan that we recently saw testing in the Alps. 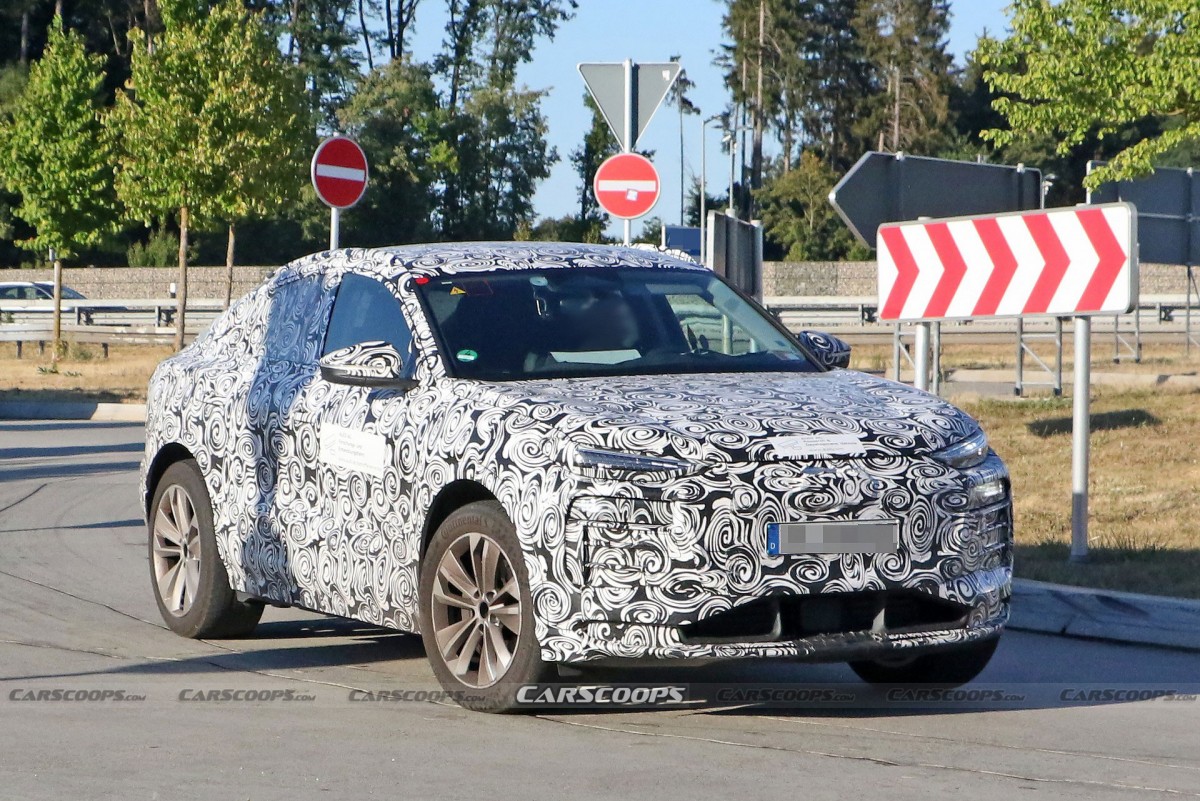 Despite the camouflage, we can see slim headlights and air intakes low in the front bumper. The headlights are split like we have seen on many new cars, BMW seems to have started the trend with its i7 although the idea goes back all the way to Citroen.

We can clearly see there are separate light clusters in the bumper, right under the main headlights that sit much higher. There is a set of fog lamps as well at the very bottom of the front splitter. 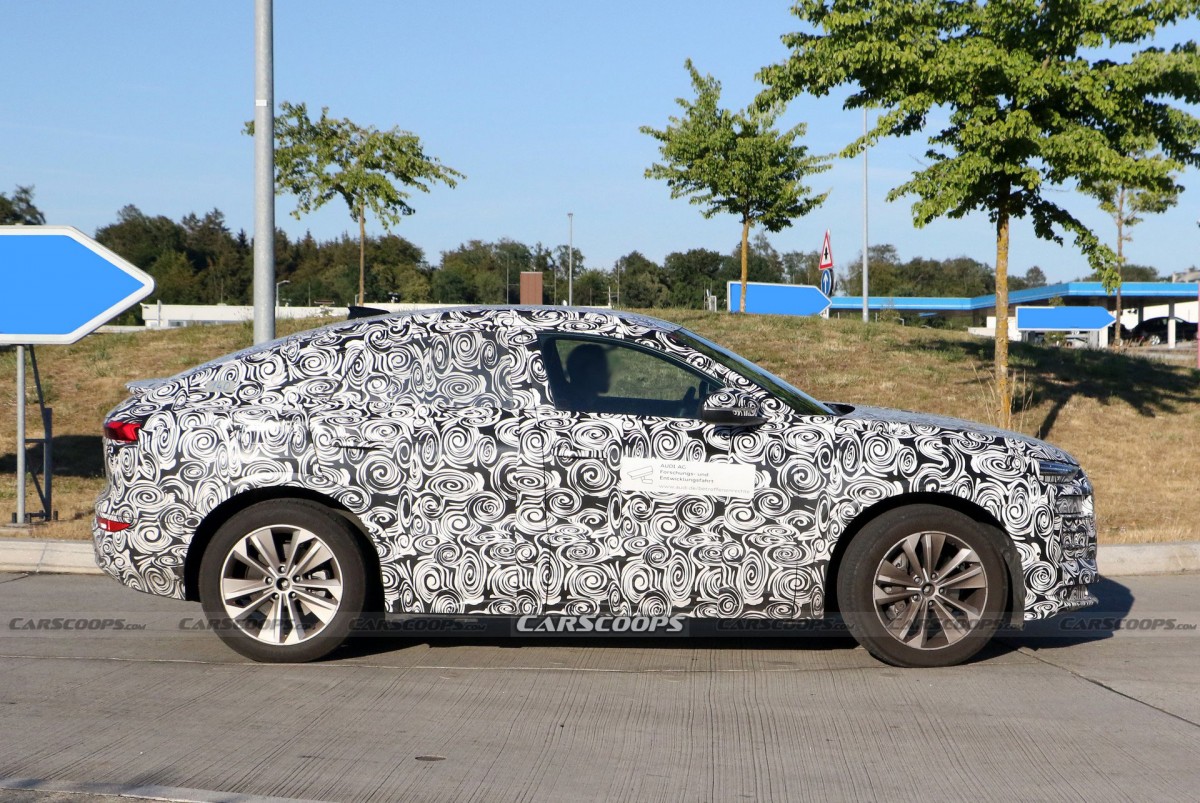 The Sportback version of the Q6 e-tron is quite different from its sibling, the roofline starts sloping really early, just as it passes the B pillar. It very much resembles the lines on the Porsche Macan. This design won’t have much effect on the inside space, the Q6 is a large car and it will still offer plenty of room for the rear passengers. We compared the Skoda Enyaq Coupe with its standard version and you can see how those exterior design changes affect the interior. 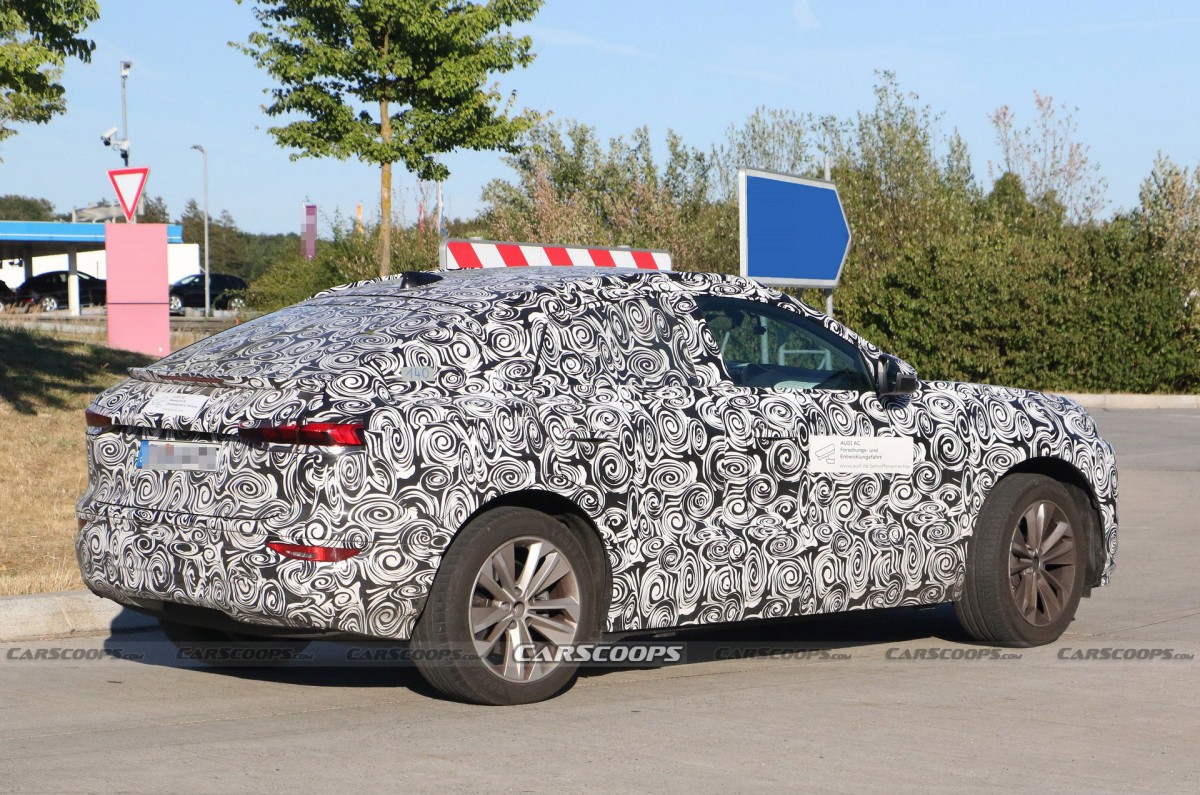 Both Q6 E-tron versions show new muscular body lines, with heavily pronounced wheel arches. The Sportback version has a much larger rear window and the lines are kept clean without addition of any roof spoilers. The standard version has a bit smaller rear hatch with a smaller window that’s topped off by a roof spoiler. 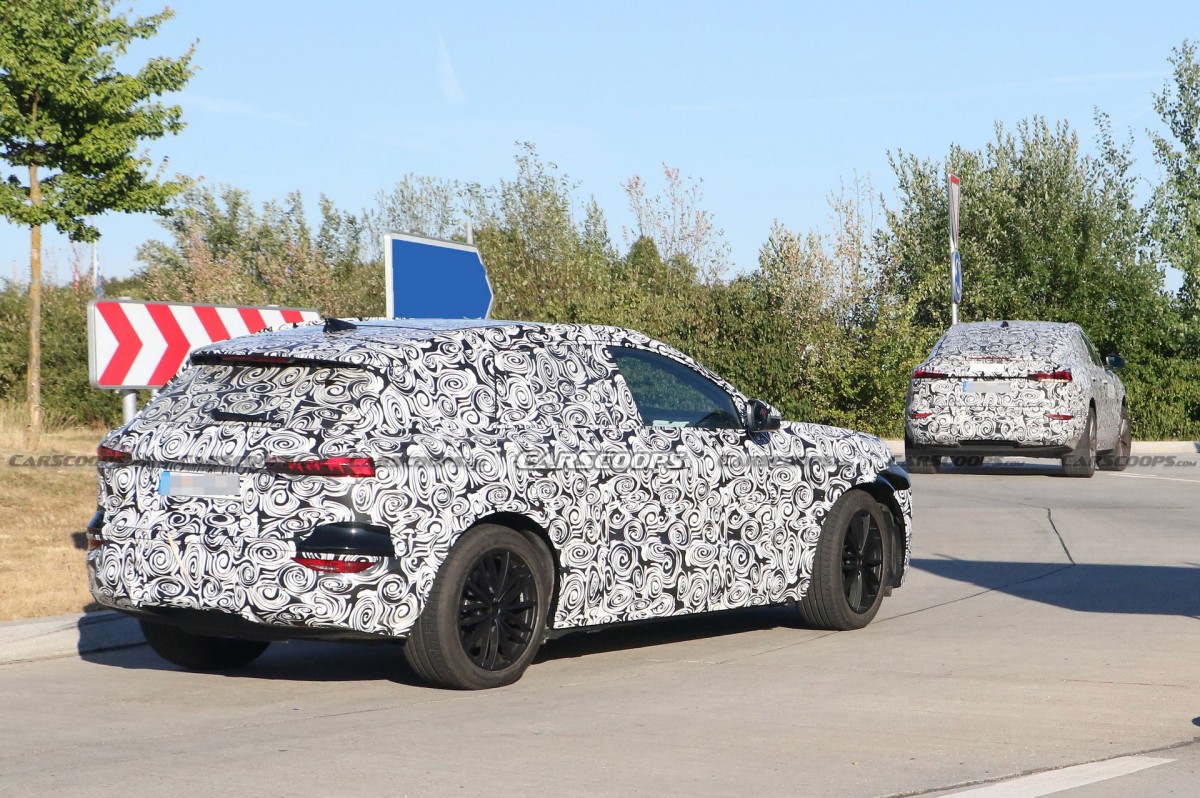 Rear lights on both cars seem to be identical and use Audi’s design language that we first saw on the e-tron GT. The technical specification remains a mystery for now but some clue to what to expect was offered by the A6 e-tron concept car that introduced the PPE platform. 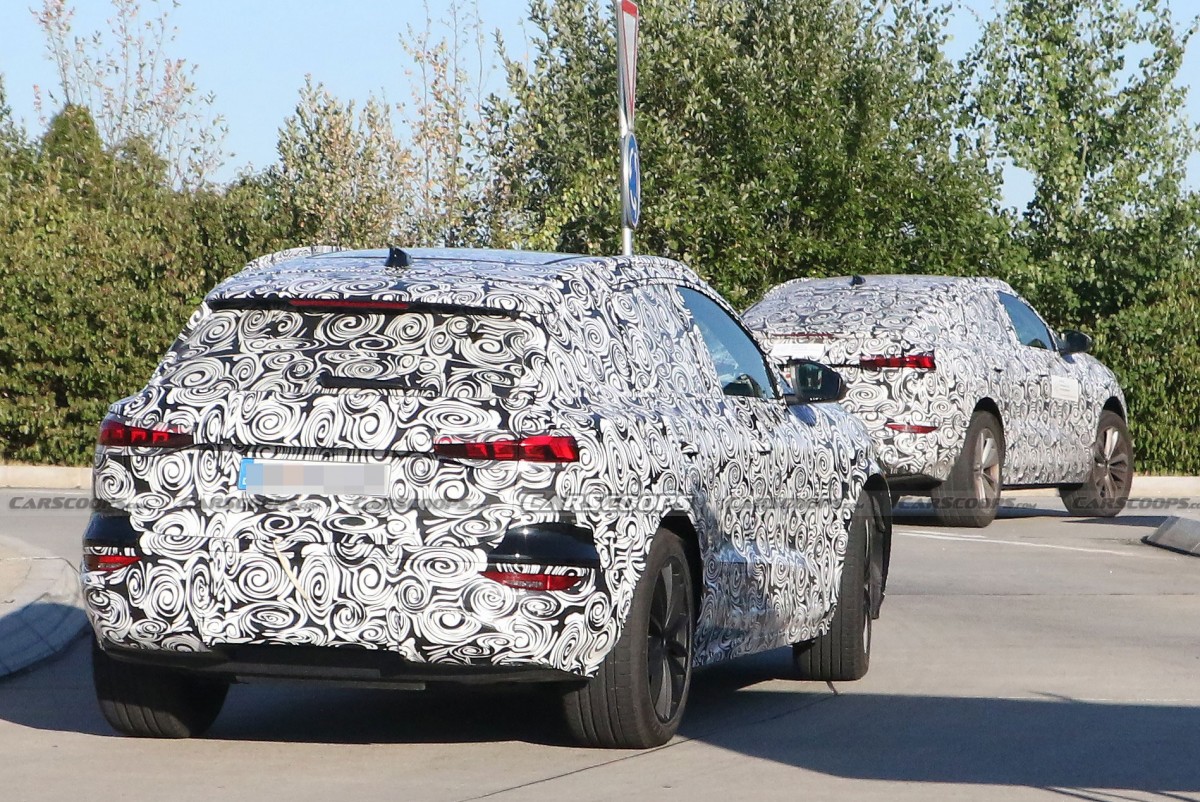 Both cars were spotted testing together - courtesy of Carscoops

That car came with AWD twin-electric motor powertrain with 469 hp (350kW) and a 100 kWh battery pack. Since it was just a prototype we cannot be sure that’s exactly what the new Q6 e-tron will be powered by but Audi is not known for slow or underpowered electric cars. There will be a single motor entry version of course but we will see high performance models as well.