As it is the case with all press releases, the simple things are wrapped up in complicated words to make them look bigger and more important than they are. Often the importance is focused on other things to drag our attention away from the actually important bits. After carefully unraveling the latest VW announcement, we can peek into the nearest future and realize how desperate the company is to catch up to its competitors.

It’s not bad news at all, actually - both for customers and the company, news is rather good. The progress in the EV world is relentless, the technology from yesterday is already old and the MEB platform design started back in 2015 with the ID 3 making its debut in 2019. That’s a very long time ago. Battery technology has moved on eons since then, electric motors have improved, inverters are far more efficient but most of all - demand for many more models have sky-rocketed. 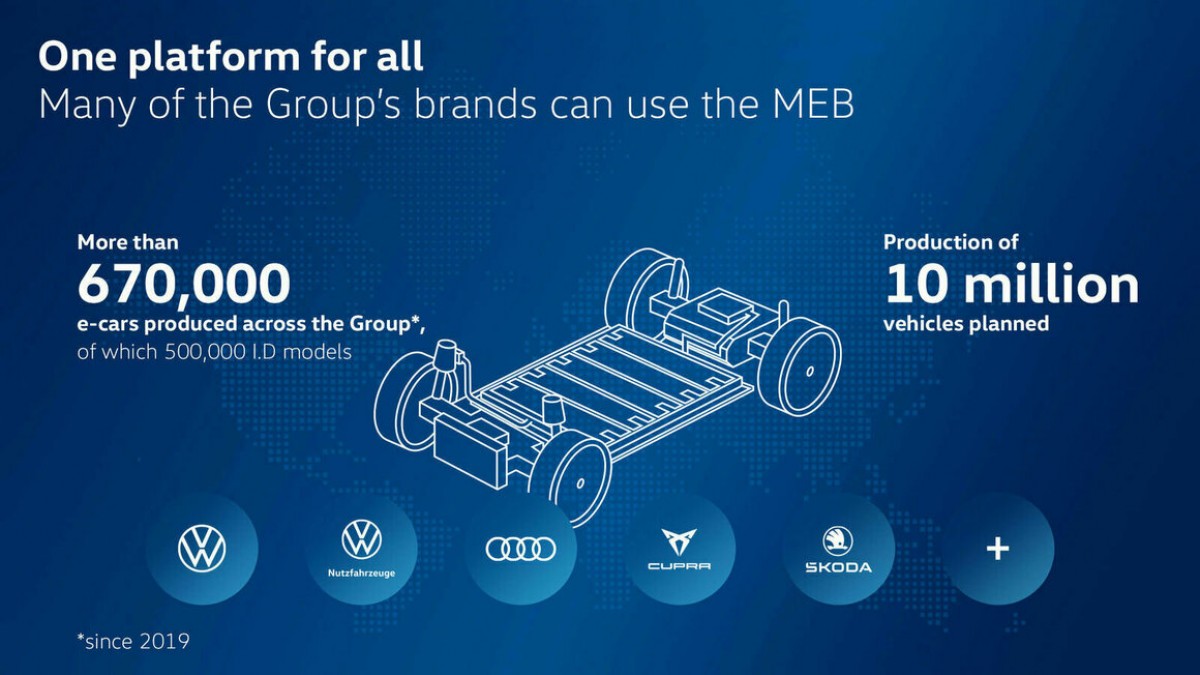 MEB platform currently supports 12 vehicles - including the China-only ID 6. Audi, Skoda, Cupra and VW share the platform but the customers want more. They want more variety, more performance and bigger range. The company could have simply used its latest prismatic cell batteries but the MEB platform is running out of its flexibility.

Hence the new MEB+ platform announcement. If you feel like you have heard about it before - it is probably because you have. VW has been talking about the new platform for quite a while now but the platform that was in development was the new SSP or Scalable Systems Platform which was meant to underpin all the new electric cars from VW Group.

That is the big, slightly hidden news - VW is delaying the development of the SSP in favor of updating the MEB and adding a little “+” to its name to address the change. The SSP was meant to debut in 2026 with the Trinity Project - three city-bound entry-level EVs from VW, Cupra and Skoda. That idea has been ditched in favor of the updated MEB platform simply because of the unsustainable development delays. 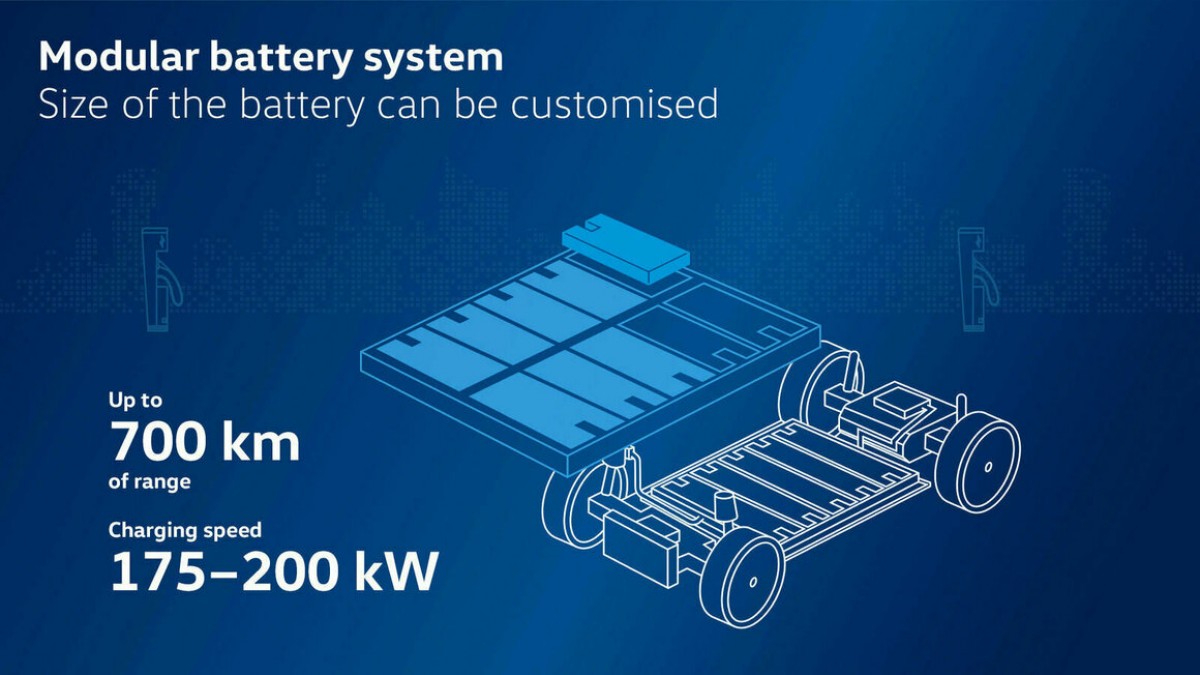 Put it simply - VW realized they have fallen so far behind competition that waiting for the new platform and delaying new cars even further would risk the company’s future. The MEB platform is good enough for the next few years if it gets updated with new batteries, new software and new solutions that were meant for the SSP.

That’s why VW is officially celebrating the MEB+ platform. Afterall it means a much quicker deployment, the new platform will stretch its support to 10 new vehicles within the next 3 years. The new prismatic battery cells will offer up to 700 km (435 miles) of range and improved fast charging with up to 200 kW DC.

VW pins its hopes in the software development department on its latest joint venture with Horizon Robotics. The company plowed €1 billion in this business initially and it hopes that it will be able to leverage the experience of its new partner to fix its ailing software. The company is so optimistic about the new venture that it already talks about bringing significant leaps to self-driving functions of its cars - not improvements, leaps. 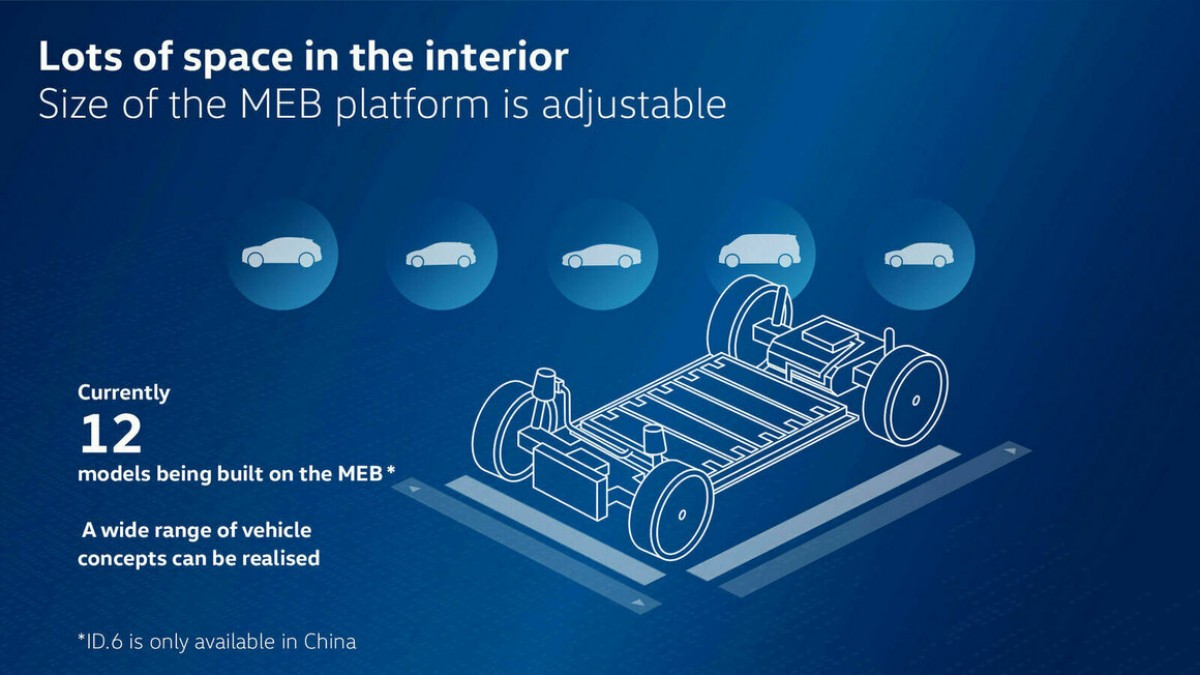 It’s a shrewd move on VW’s part but one that makes a lot of sense and gives the company some breathing space. Why wait for the SSP for another few years and watch the competitors run away while the MEB platform only needs a few upgrades to keep it significant for a few more years?

Half a million ID-family cars sold and another 170,000 from the VW Group means the MEB platform is a solid solution. And now it has its life extended until at least 2030 when the SSP will take over. Refreshing MEB means saving a lot of money and it means we can finally see the €25,000 electric car on the road sooner than later. How soon? Cupra UrbanRebel was scheduled for 2025 but with the MEB+ we can see it as early as 2024 - VW has had enough time on the sidelines.

700km in ideal conditions where there is no wind,tyre resistance,no losses in motor...