Volkswagen took to the stage in China to unveil the ID. Aero concept - the company's flagship EV. It's VW's first all-electric sedan and it will be the base for a production car that will hit the roads in China, Europe, and North America in the second half of 2023.

The ID. Aero concept gets its name from the 0.23 drag coefficient that the car achieves with its impressive design. A sloping roofline, powerful shoulder, and contour lines meet flush-to-the-body turbine-inspired 22-inch wheels. There are no physical door handles, but rather what looks like illuminated, touch-sensitive replacements. 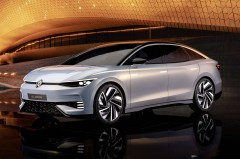 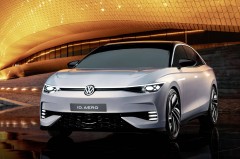 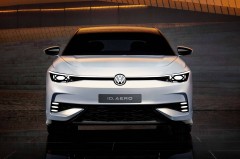 The car is almost 5m long (16 feet) and is undoubtedly an ID model, sharing its front and rear lights design with the ID.4. The ID. Aero is also based on VW's MEB platform.

As this is a concept and not the final model, VW is keeping specs a secret for now. The automaker did share the WLTP range will be up to 620km (385 miles), which means we could be looking at around 480km (300 miles) of EPA range. If the ID. Aero shares its base with the ID.4, we expect the battery will be 77kWh, and there will be a dual-motor AWD model. 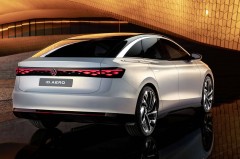 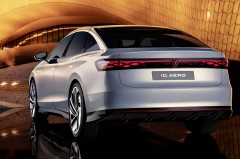 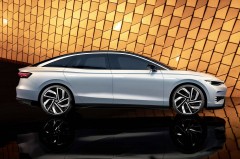 The ID. Aero could end up as the ID. 7. It will be produced in Germany at the Emden plant, as well as in China, under separate joint ventures - FAW-Volkswagen and SAIC Volkswagen.

Agreed, even my car has a 0.28 and is a SUV xD Imagine how much electricty they could've spare if they did a correct work on Cx but naaaaah, too costy and we need to make MONEY :/

Aerodynamic is their XL1 car, not this. Seriously a 0.23 drag coefficient isn't even that impressive. There's several areas where they clearly could've improved it if they cared about aerodynamics.