Here's a breakdown of the cost of an EV battery

Battery EVs have batteries, and we all know those batteries cost a lot of money. But just how much? And what's the actual breakdown of the cost structure for your average EV battery? That's what the folks over at Elements by Visual Capitalist set out to uncover. And they've done said uncovering in a very tidy, neatly designed infographic, that you can see below. 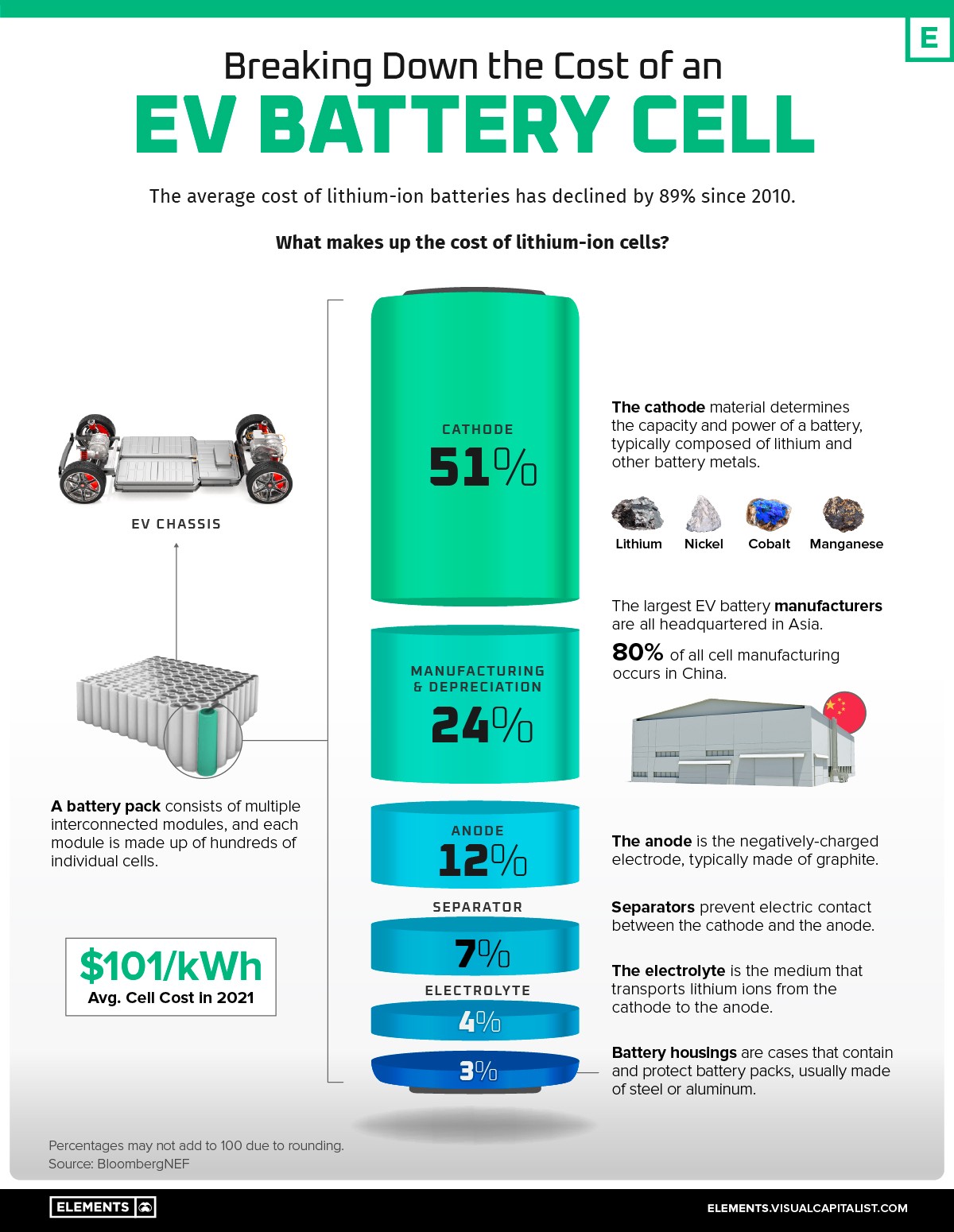 So, the average cell cost last year was $101 per kWh. If we're talking full battery package, then it was $132 per kWh, and you can easily do the math for your particular EV (or the one you're interested in) to find out how much of its price is represented by the battery's cost, by multiplying its gross battery capacity in kWh by 132. Now $132/kWh is definitely still a lot, but keep in mind it used to be $1,200 per kWh in 2010!

That's why the cathode is so important, and thus why it's so expensive - it essentially determines the performance, range, and thermal safety of a battery, and therefore of the EV itself. The cathodes are composed of various refined forms of metals, depending on specific cell chemistry. Common cathode compositions include lithium iron phosphate, lithium nickel manganese cobalt, and lithium nickel cobalt aluminum oxide. The commodities in the cathode are very valuable themselves, accounting for roughly 40% of the overall cell cost.

Everything outside of the cathode adds up to 49% of a cell's cost, and of course the manufacturing process is a huge part of that - 24% in fact. The anode is another significant component of a battery, making up 12% of the cost. The anode in a Li-ion cell is generally made of natural or synthetic graphite, which is less expensive than the commodities used for the cathode.

Now the question is, is the rest of an ev with 70kwh worth over 30k aside the price of the battery.