Mahindra is one of three largest automakers in India, it has a lot of history behind it being established back in 1945. Its cars are sold globally and the company is focused on SUVs and 4x4s. Apart from cars, it manufactures farming equipment as well.

The company introduced two new brands today, both focused on electric cars aimed at different market segments. First brand is the XUV.e which consists of two models - XUV.e8 and XUV.e9 - both models share the same, in-house developed EV platform called INGLO. Although developed by Mahindra, the platform heavily borrows components from VW and its MEB architecture thanks to an agreement the two companies signed not that long ago. 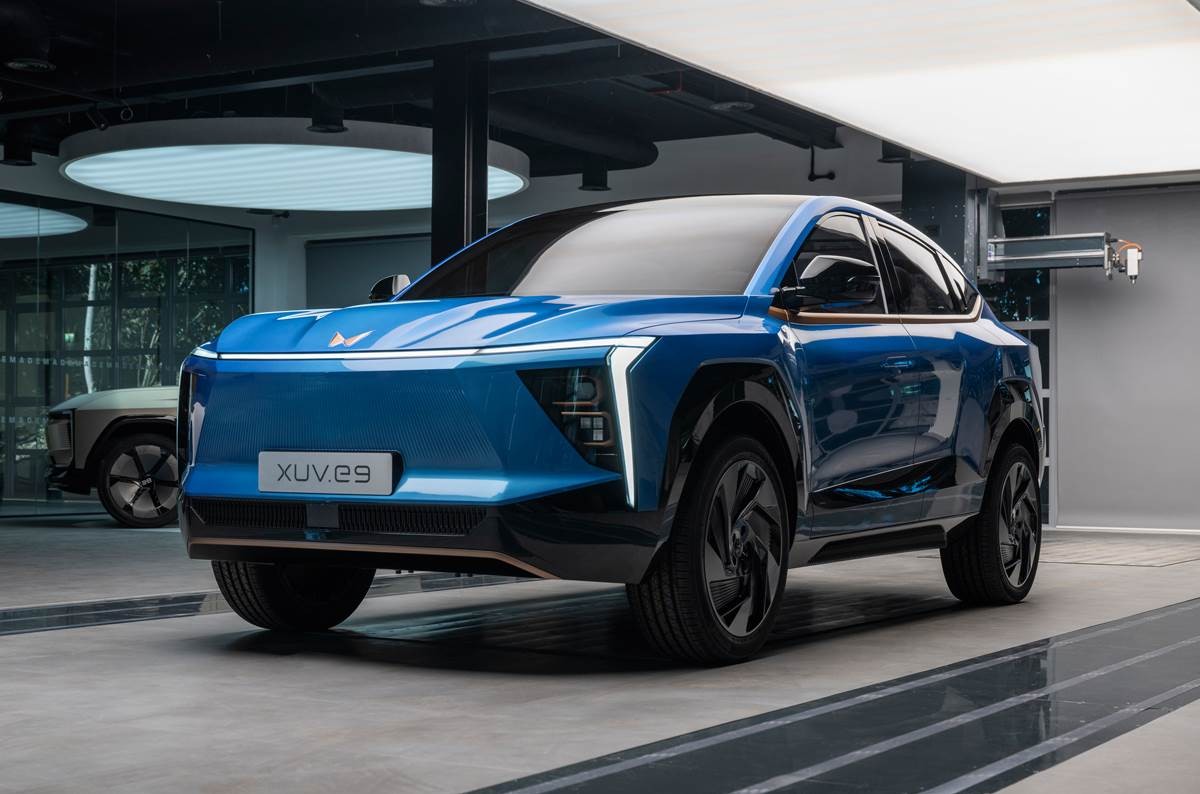 XUV.e8 is similar to XUV700 but the company managed to introduce enough design clues for customers to be able to tell the two apart. The front of the SUV is completely different, with a large LED light running across the whole car and swooping down the sides of new headlights. The grille is obviously closed off and the logo for the electric models is finished in copper color. 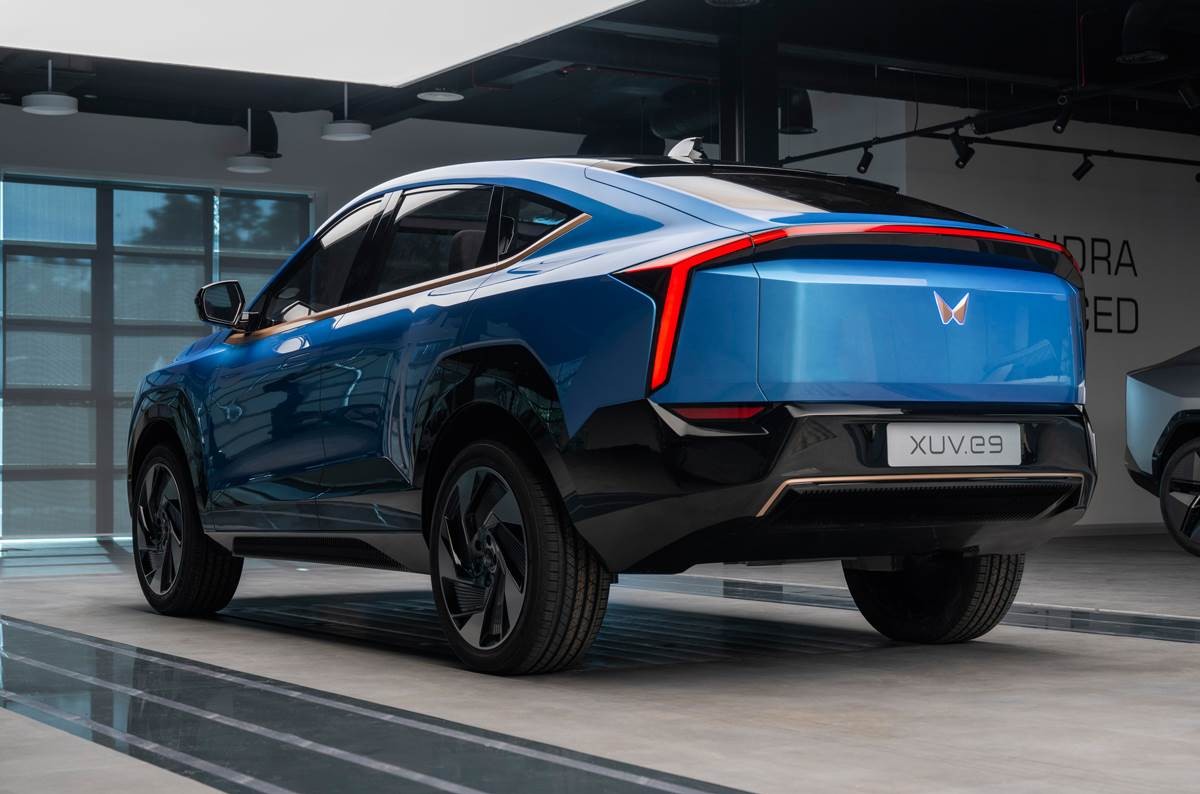 The battery powering this model has 80 kWh capacity and there will be two power options available - 230 horsepower and 350 horsepower.

XUV.e9 is slightly longer and wider than the XUV.e8 but it is not as tall at 1,690 mm thanks to its coupe-like shape. It’s Mahindra’s take on Skoda Enyaq Coupe and if it ever reaches European shores, that’s the car it will be competing with.

Front and rear design follows the same language with large LED lights running the full width of the car, with the headlights pushed to the sides of the front bumper. The silhouette is quite nice, with big wheel arches and lots of shiny black plastic elements. What this car desperately needs is larger wheels, in the photos it looks like it stole the wheels from a Suzuki Maruti.

Since both cars share the EV platform, we can expect similar specifications - 80 kWh battery and either 230 hp or 350 hp all-wheel drive twin-motor setup. The INGLOo platform is made from VW components so we will see similar battery capacity and similar if not the same electric motors. 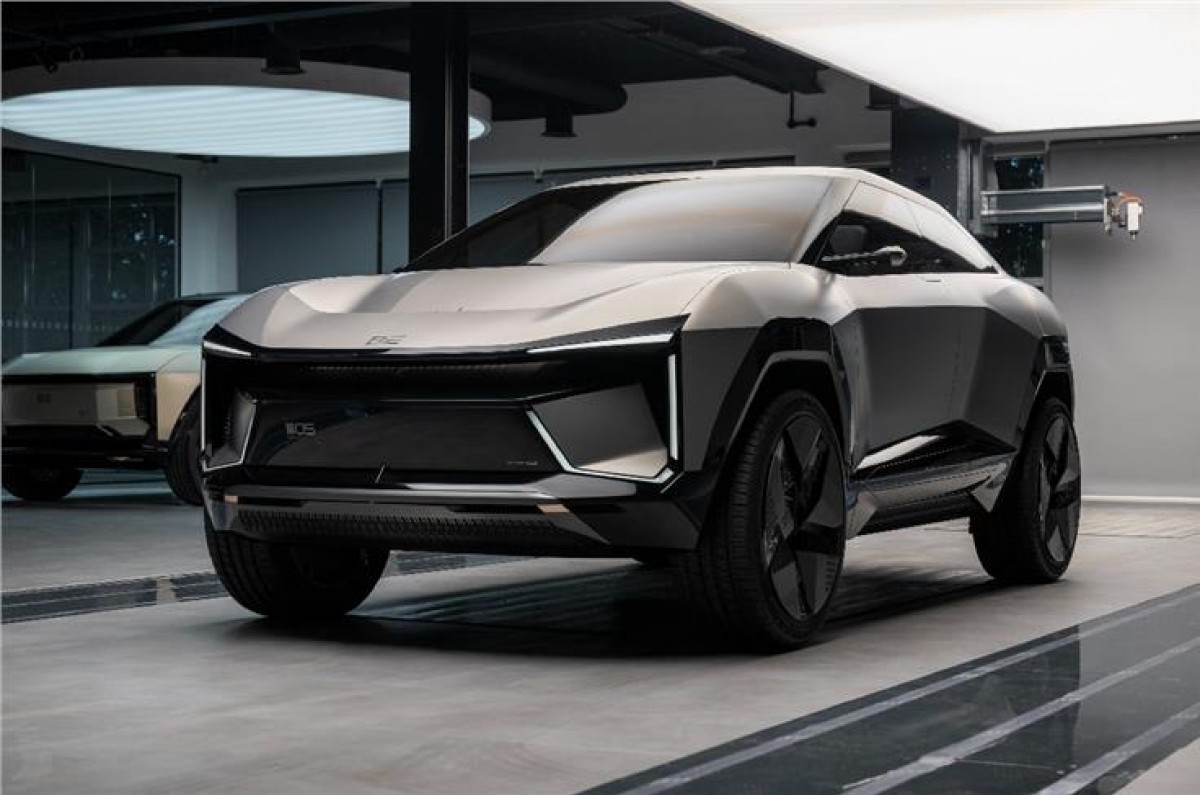 The second brand unveiled today is the BE sub-brand. It is an electric vehicle only brand and will kick off with three models sharing the INGLO platform. Since Mahindra is focused on SUVs, all the new cars are obviously SUVs with two taking on the sportier, coupe approach.

The two coupe models are BE.05 and BE.09 with the BE.07 being more of a traditional SUV, although don’t expect any tradition at all. In fact, the BE brand is focused hard on the future with seriously futuristic designs - both outside and inside. 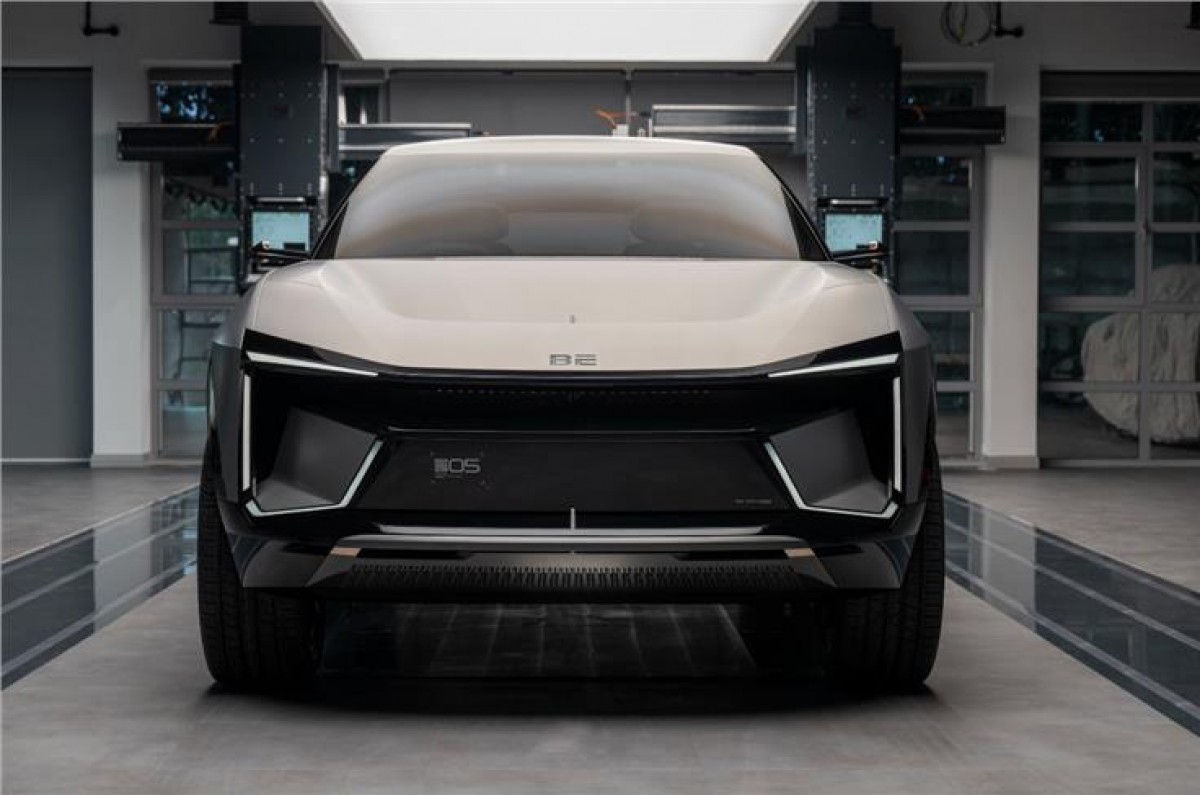 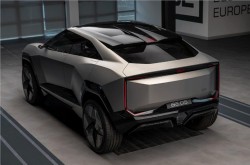 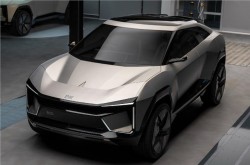 A smaller BE.05 is scheduled to enter production late in 2025, it is called SEV - Sports Electric Vehicle and it has one of the most aggressive designs in the industry. There are angles absolutely everywhere, wheel arches are enormous. The front resembles a Lamborghini Urus from certain angles and the swooping roofline suggests this car means business. 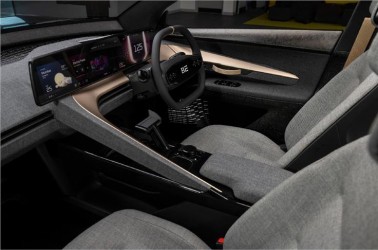 Front and rear lights follow the design we’ve seen on the XUV.e cars but the whole car just screams of performance. The theme couldn’t be much different from the interior - it’s an oasis of calm with subdued colors and natural fabrics. A horizontal screen sits atop the dashboard but it’s not obtrusive, it blends in nicely with the rest of the cabin.

The BE.07, on the other hand, is a proper, although still futuristic, medium-sized SUV and it will arrive in 2026. It is essentially the BE.09 but with a taller passenger cabin, the rest of the exterior design is almost identical between the two cars. The interior is quite different though, the BE.07 features a full-width screen that is the focus of the cabin. 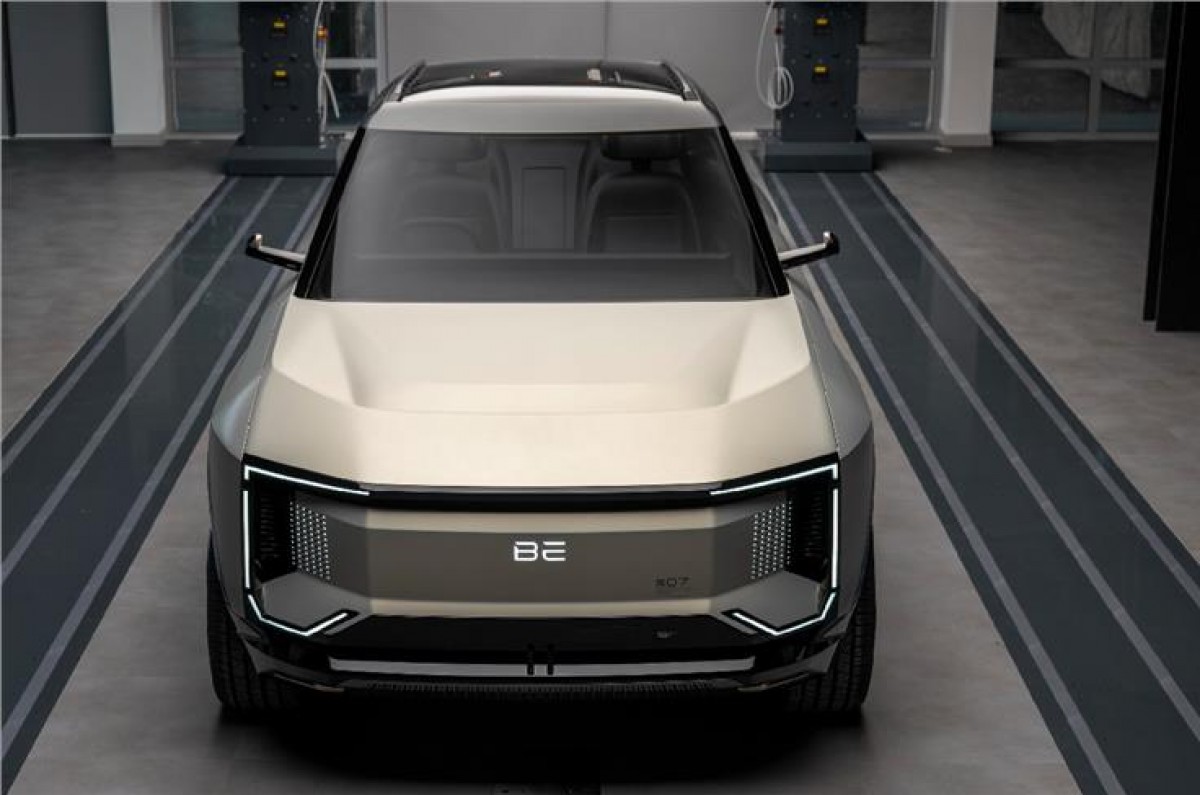 The final car is the BE.09 and it does look like a coupe version of the BE.07 - there are no details at the moment about its size. Looking at the photos though, we can clearly see the lower body is identical to that of the BE.07 which would make it a bigger coupe than the BE.05.

Mahindra was a bit coy about details of its new electric cars but we know the batteries will use CTP technology and will use both the Blade and Prismatic cell structures. Batteries will use LFP chemistry and will come in 60 to 80 kWh sizes. Mahindra expects the 80 kWH battery to deliver a 435 km of driving range according to the WLTP cycle which is quite similar to VW ID.4 - no surprises there. 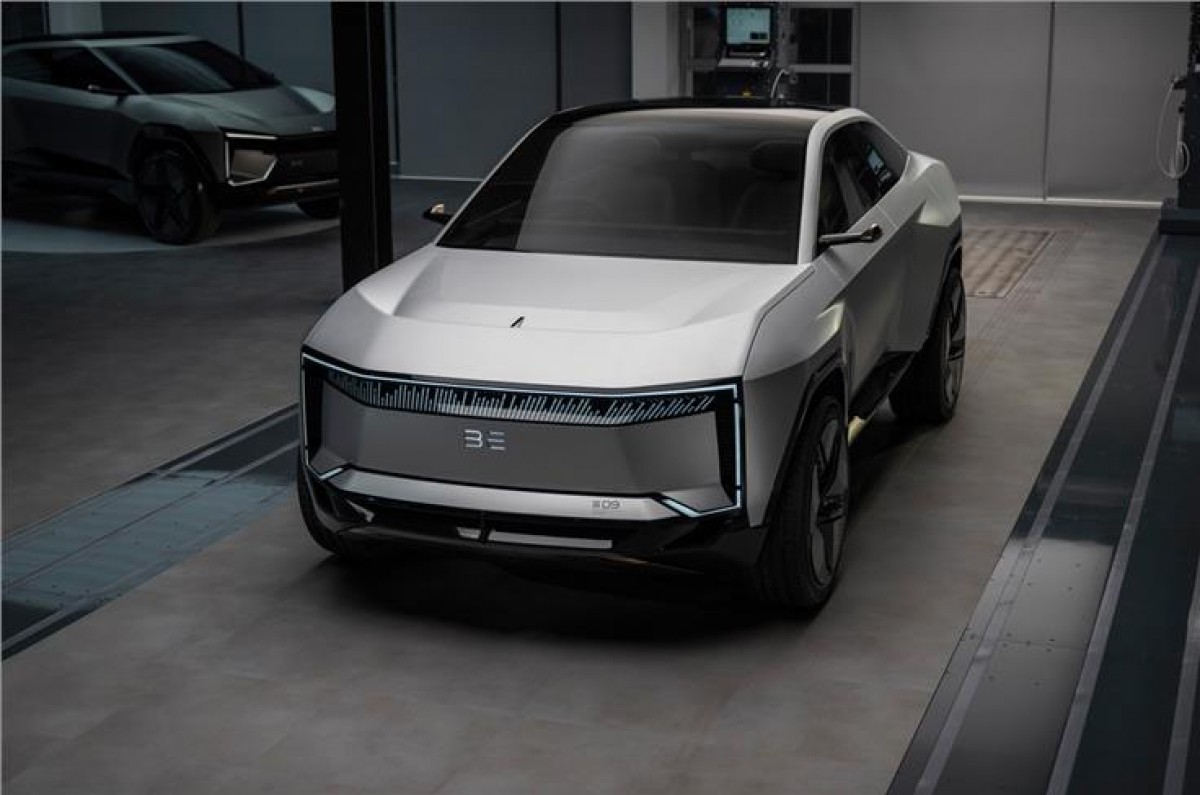 Power will be delivered to all models either by the rear mounted motors or by an all-wheel-drive twin-motor layout. The maximum power from the rear is supposed to be 286 hp with 560 Nm of torque and the most powerful front motor will have 109 hp and 135 Nm of torque. We can expect two rear-wheel drive models with 231 hp and 286 hp, while the all-wheel drive models will deliver between 340 hp and 394 hp. 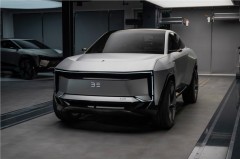 Mahindra has good access to VW Group’s parts bin and it is taking full advantage of that. The cars will come complete with ADAS systems capable of L2+ autonomous driving, there will be V2L function present and all cars will have a large frunk.

Will the XUV.e and BE brands ever leave India and make it to Europe or North America? We don’t know yet but judging by the fact the company is present in few markets outside India, we can hope that we’ll see them on our roads. XUV.e cars are more production ready but the BE vehicles are still a few years away and the designs may change. But if they won’t, then Mahindra may become a much better-known brand. It almost feels like a repeat of Hyundai’s story - from Pony to Ioniq 6. We are living in amazing times.

BE05 looks awesome from outside but interior looks better on BE07.

I want TATA EV, TATA is built like a tank unlike tin can maruti suzuki

I have an idea. Let's have a contest to see who can design the "ugliest" EV and with the highest coefficient of drag possible. I'm thinking something that looks like a BRICK!