XPeng is planning to release a slew of new electric car models starting from the next year and it appears one of them is going to be the long rumored MPV. The project has been known under its codename H93 and for the first time it has been spotted in the wild.

The shortest ever video was taken by a Chinese car blogger who was lucky enough to spot the XPeng MPV just casually driving down the road - in full camouflage ofcourse. The location wasn’t an accident though, the video was taken just a few kilometers away from XPeng’s factory in Guangzhou. Here it is:

There is no mistaking the family resemblance - the headlights and the light signature has XPeng written all over it. Of course the vehicle is taller and way bigger than other XPeng models and it has a pair of sliding doors clearly visible in the video.

In its latest earnings call last week, XPeng management confirmed the company has finalized its work on the third EV platform. The company has the E platform completed and both the F and H third generation platforms will be ready some time next year. The current David platform underpins the G3i and P5 models while the Edward platform is the basis for the P7 and P9 models.

XPeng has ambitious expansion plans, the company wants to introduce its new SUV codenamed F30 and most likely to be named G7 in the coming year. The H93 is the company’s first MPV and as its code name suggests will be based on the new H platform. 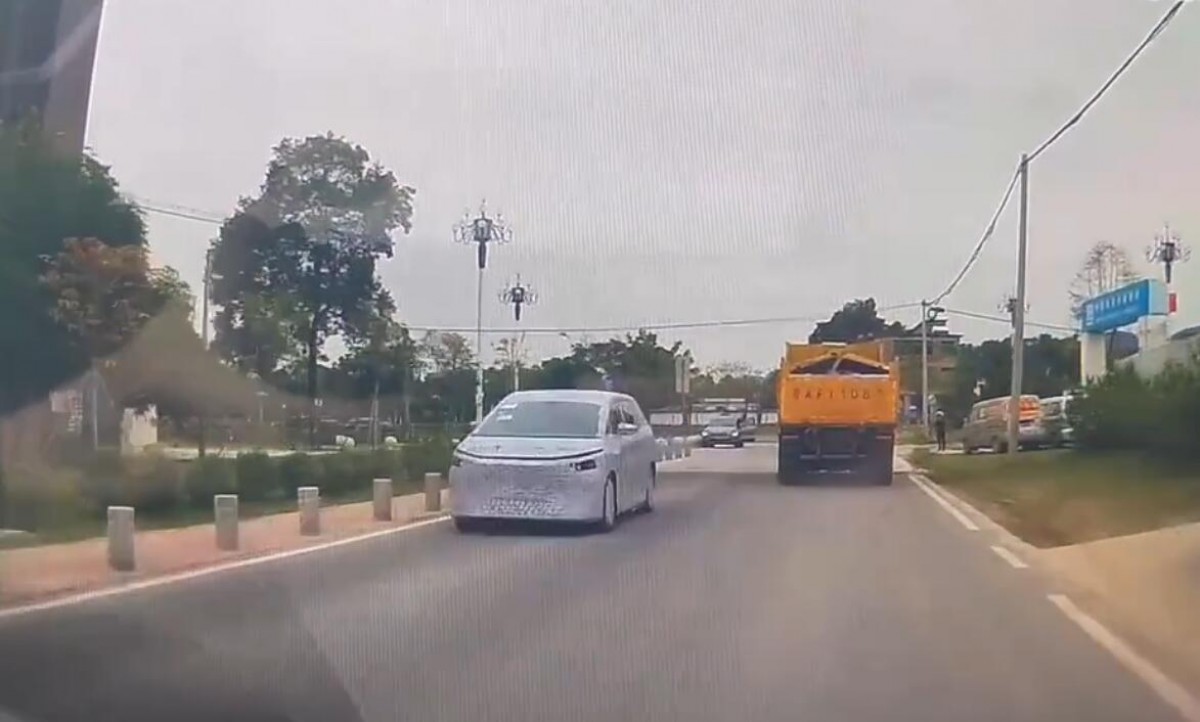 The company already announced that its two new platforms will support development of at least 6 new electric cars spanning the B and C automotive segments. The flagship, C-segment SUV is planned to launch in the second half of 2023.

Electric MPV market is getting crowded in China. It was slow to start but the companies quickly realized the untapped potential and are releasing one model after another. We have the BYD Denza and Zeekr 009, Voyah Dreamer and now apparently Li Auto is planning to bring an MPV to its customers as well.