You can now purchase a Nio in Europe, not just lease it - here are the prices

Nio initially launched in Europe only with a lease model, and that led to some backlash, so eventually the company promised to also offer a purchase option in the continent. This is now live in Germany, the Netherlands, Denmark, and Sweden, which means we have prices to talk about.

The first prices we'll list are with Battery-as-a-Service (BaaS), whereby you pay an additional €169 per month for the 75 kWh pack or €289 per month for the 100 kWh one. If you go this route, you are able to use Nio's trademark battery swapping stations, of which many are promised to pop up all over Western Europe in the coming months and years (the first one in the Netherlands launches on December 1). These allow you to have a fully automatic battery replacement in around five minutes.

If you buy, you get a five-year warranty, five years of included roadside assistance, free delivery of the car to an address of your choice for orders placed until December 31, and a 20% discount when getting a Nio Home Charger wallbox. 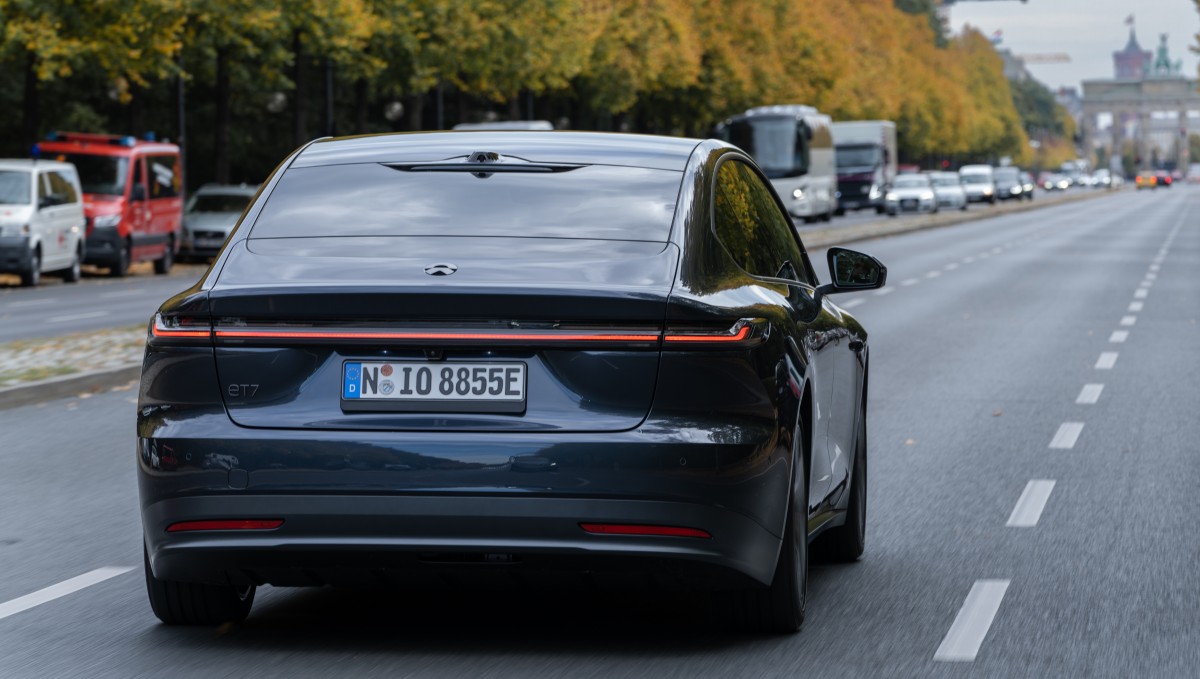 Unused km carry over to the next month. People who are already on the subscription plan will also receive the 5,000 additional free km. In case you're wondering, the overage charge is €0.22 per km for the ET5, and €0.3 per km for the ET7 and EL7.