No, it’s not April’s Fool today, it’s just another day in the Twitterverse courtesy of one and only Elon Musk. Entertaining as usual, Elon took to his favorite social media platform and declared that Cybertruck will be “waterproof enough to serve briefly as a boat.”

Cybertruck will be waterproof enough to serve briefly as a boat, so it can cross rivers, lakes & even seas that aren’t too choppy

That’s one way to start a Twitter storm - within minutes the post got over five thousand replies and still counting. So first we had the Roadster with a rocket pack and now we have a floating Cybertruck. The two make a nice team.

Some replies were quite creative, some were just surprising. Mr Musk still doesn’t realize how much weight his words carry. One day, in hopefully not too distant future, when the Cybertruck eventually materializes, there will be people attempting to actually cross a river or a lake. Some will take the truck to the sea, they will do that because Elon said it can be done.

There’s no question the Cybertruck will be watertight - not waterproof. All Teslas excel at this and have proven time and time again, that they are superior when it comes to floating and surviving floods. One guy even tried turning his Model S into a submarine - it almost worked.

It’s not a new idea, crossing water in a car or a truck. It’s been done more or less successfully many times before, but never in a production car without any adaptations. WhistlinDiesel tried it in his Monstermax, if you haven’t seen it - you should. There have been amphibious cars since the invention of the car itself. Let’s not forget about the SHERP.

Elon Musk is a master of social media, he is an absolute king of distraction and knows very well how to keep the pressure up. Never letting the Cybertruck out of focus, despite 3 years since unveiling of it, the conversation is still as fresh as if the world has just seen it for the first time. Marketing masterpiece. 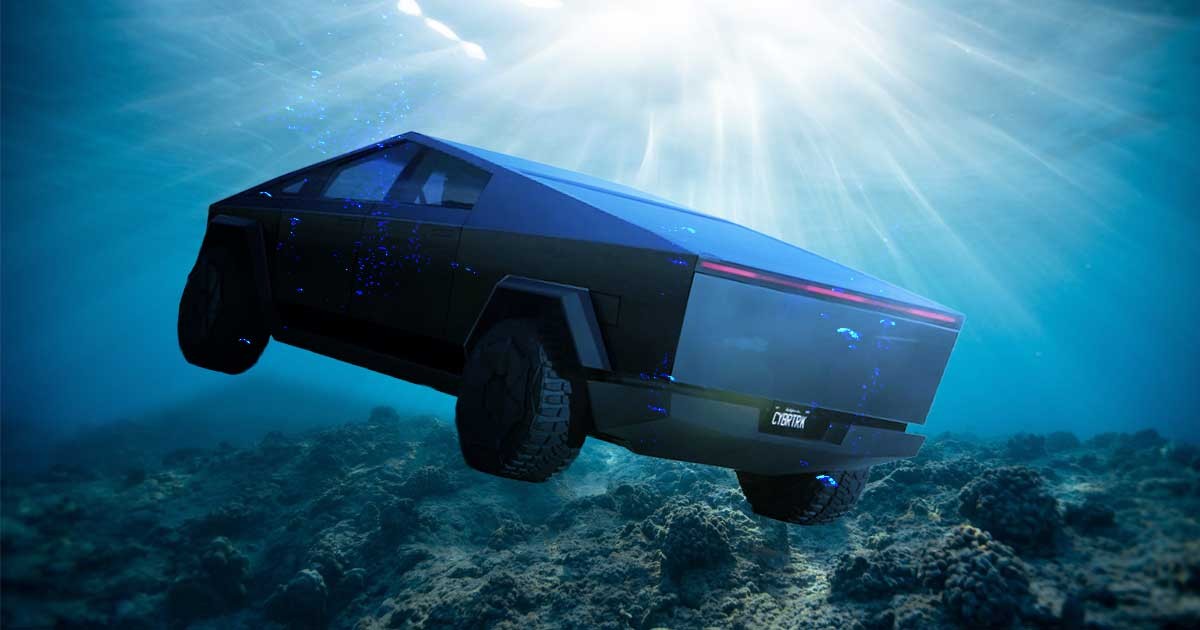 Who knows what the future holds for the Cybertruck

So - will it float? Absolutely yes. Will it cross rivers and lakes? Eventually, depending on the current in the river. What about the sea? Now, that is a completely different environment and waves are just a small part of it. I’m absolutely sure that we will find out about the Cybertruck’s water skills once it gets released, hopefully this decade. Once it’s out, there will be few brave new owners who for the sake of our entertainment, will attempt - and mostly fail - the water crossing test. I honestly cannot wait to see that.

It doesn't have to be a boat, but if it can cross a narrow body of water, it'll be invaluable in some situations.

I'm pretty sure that anything that is "briefly" a boat is not a good boat. A cardboard box can be a boat, briefly.

LOL. I am curious how it will really look as a production model. Tesla knows how to do good design and if this truck evolves into something acceptable within three or four years, it may well be my new car, next-gen computer on board and all. And my n...