This trailer can apparently extend the range of Hyundai Ioniq 5

Polydrops is a US based company specialising in building clever trailers for electric cars. The company used to offer only one model, fitted with solar panels and its own 4.8 kWh battery but now has added a second model - with no solar panels or batteries. Just a basic trailer with room to sleep and one neat trick up its sleeve.

According to Polydrops, their latest trailer is designed to improve the aerodynamic efficiency of the car that tows it. While in gas-powered cars that would mean less fuel burnt on the trip, in an electric car it means a longer trip. Is that even possible? 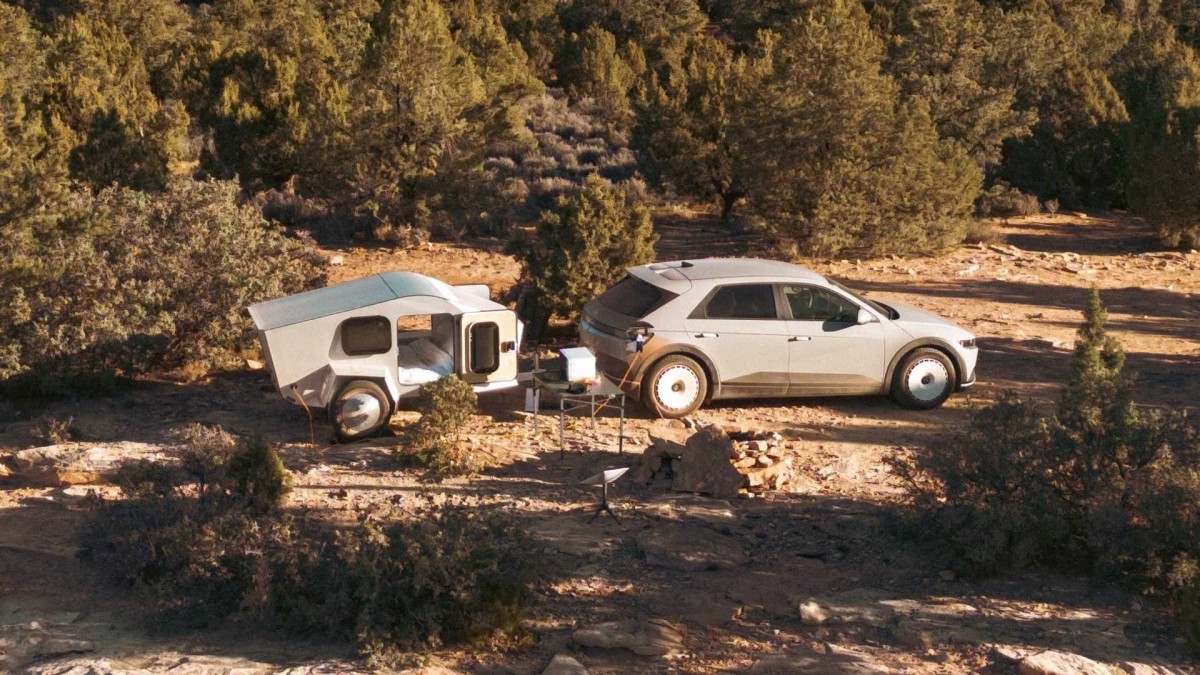 The aerodynamic principles - in theory - mean that the rear of the car is responsible for a big part of the drag (air resistance) due to turbulence forming just behind it. That turbulence literally pulls the car back, slows it down and in case of an EV - makes its driving range shorter.

In theory, the longer cars with a longer end shaped into a point are most efficient aerodynamically. In theory - because there is so much more to it than just a shape, wheels, tires, shape of the front end and most of all - speed - each play its role. But in principle, making the car longer and forcing the air behind it in a way to avoid the turbulence can mean extra miles for an EV. 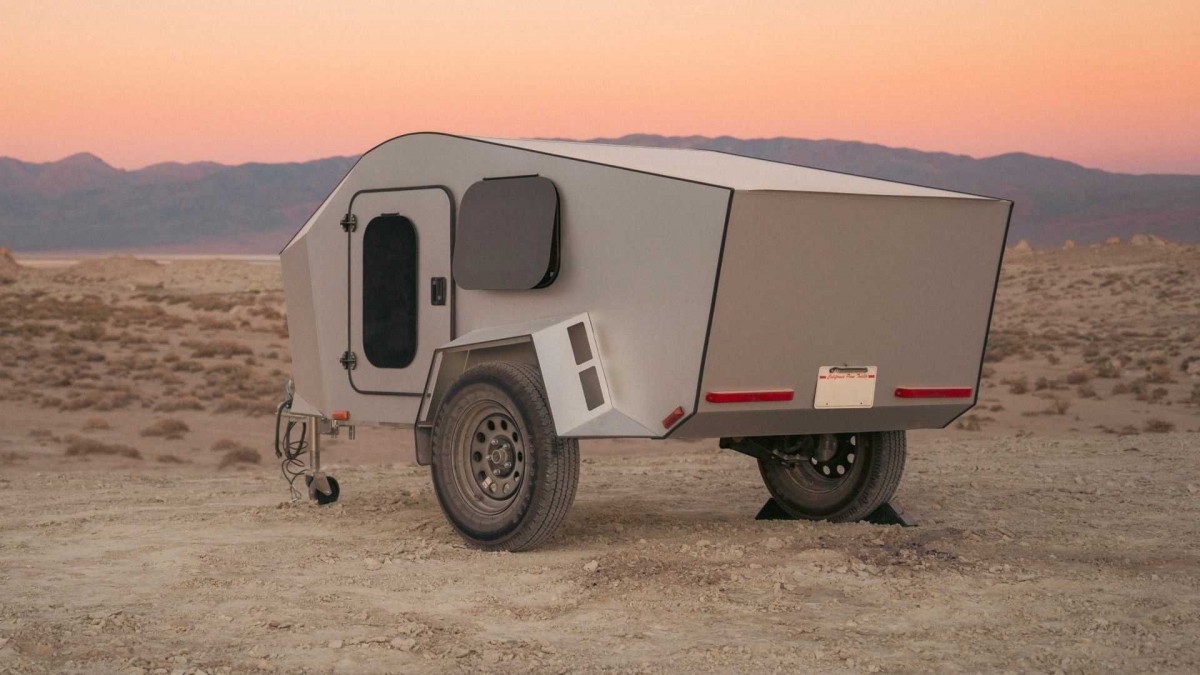 That’s the principle Polydrops is using for its latest trailer, the P19 Shorty. The trailer is low and its roof picks up all the air coming off the back of the car that tows it. That air is then directed further back and as a result it gets smoothed down, the air on the sides is forced to split in different directions thanks to specially shaped sides of the trailer. In the end all that turbulence-free air meets behind the trailer and the result is - less aerodynamic drag.

The company took an Ioniq 5 SEL AWD and hooked up the P19 Shorty to it then took the car out for a test drive to prove the point. It wasn’t a long drive at all - it lasted only 28.5 miles. During the drive the car reached various speeds but the company was specifically looking at what was happening at 55 mph (88 km/h). At that specific speed the energy used by the Ioniq 5 dropped down to 3.6 miles per kWh which is 278 Wh per mile. 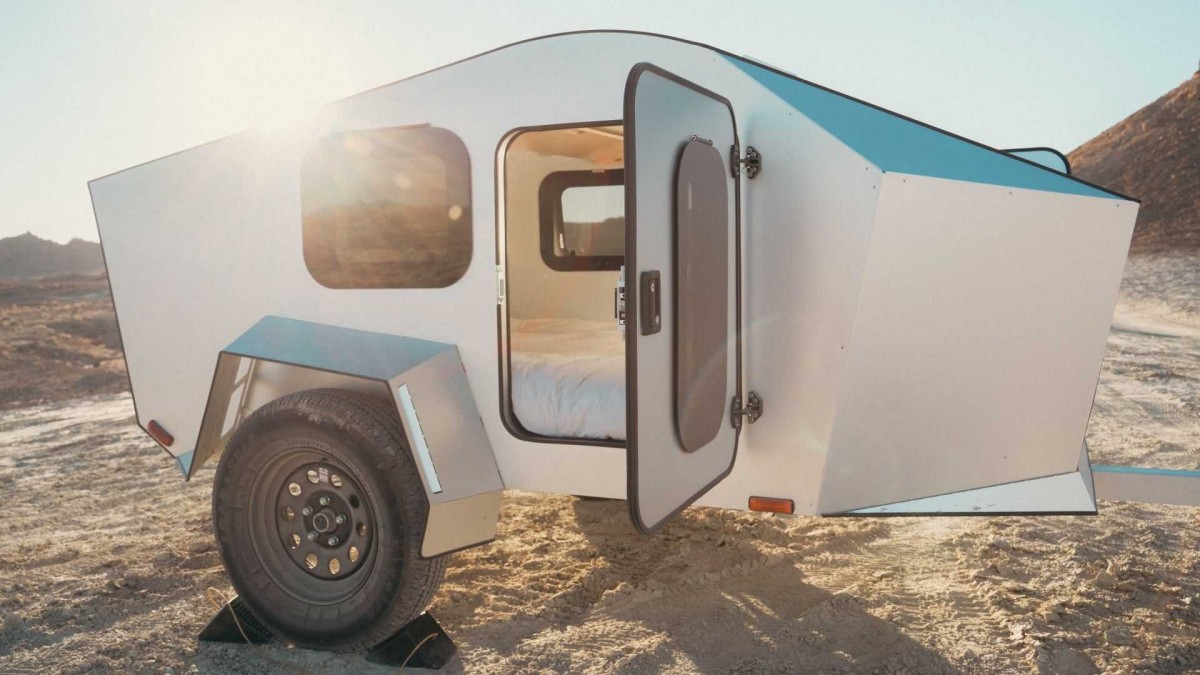 If the Ioniq 5 carried on at the steady 55 mph it would travel for 277 miles or 445 km which is 21 miles more than its EPA rating. The company concluded therefore that its P19 Shorty extends the range of an electric car. You can watch the quick video of the test right here:

Is that possible? Yes and no. First of all - the EPA rating is given for mixed driving and not just at 55 mph. The speed between 50 mph and 55 mph specifically is the most efficient speed aerodynamically and it is quite possible that Ioniq 5 without the trailer would go even further.

Saying that, towing a trailer even as light as the P19 Shorty (290 kg) should reduce the range significantly, at least that’s what common sense tells us. It would have been an amazing result if the trailer didn’t reduce the range at all, seeing it potentially extend the range of an EV will bring a natural sceptic in everyone. 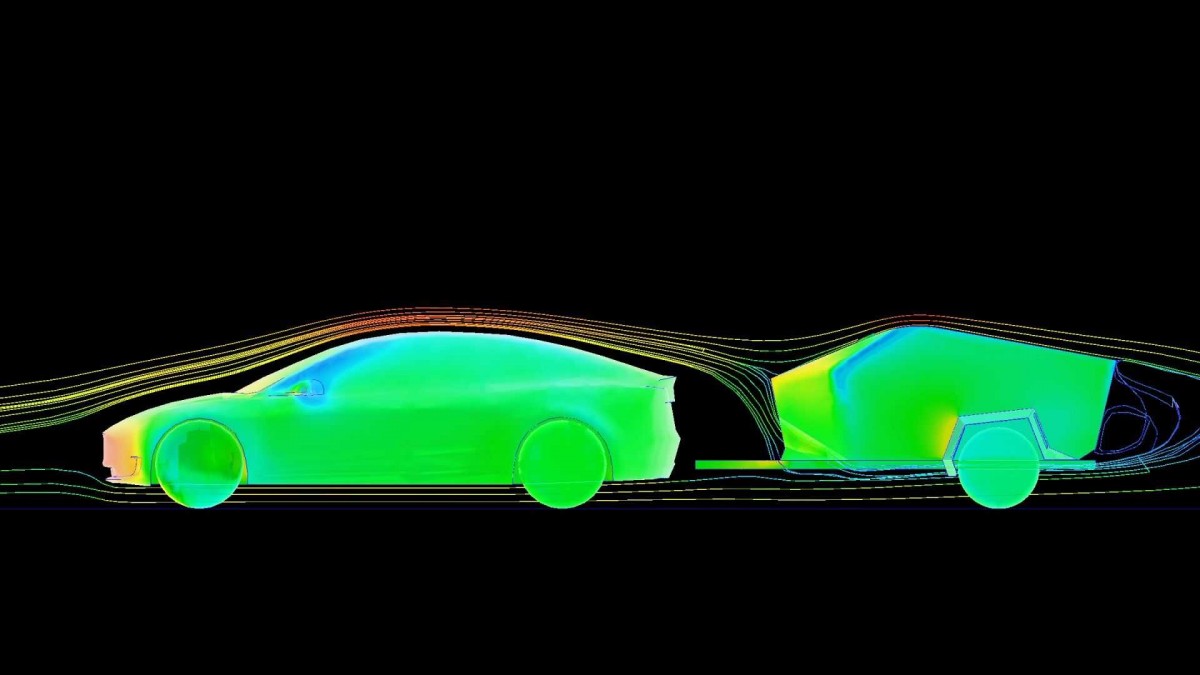 Whether the P19 Shorty works as it is advertised or not, the whole test actually proves the importance of aerodynamics in electric cars and it reminds us that driving slower means driving further. 55 mph is a decent speed already and driving any slower doesn’t improve the range that much - but driving faster cuts it down drastically. Sunday customer advice - drive slower and buy a trailer. If you run out of juice you’ll at least have a place to sleep.

Man charging 5 or 10km over a whole weekend is like imagining dark age tech. 5-10km for a todays cars which can go as far as 600 or 1200km without refueling is really bad. Is like to have a 1TB of disk space in a phone and putting an old 64 meg...

Man yes but like powerbanks for phones with solar panes takes ages and eons to charge even by laughable 5% this going to be same. This is not suitable and will not help anyone. But i wonder what could happen if we imagibne a solar tech will b...

That Prius comment was meant as a benchmark for solar efficiency, and what possible gains of range could we expect out of a trailer equipped with one. But I am probably overly optimistic, as the battery in the trailer and solar panel with provide ...