First of all, what is a car platform? It is the foundation on which a vehicle is based. Its design and specifications determine the rigidity of the car, its suspension design, the interior space and the relevant engineering choices such as motor, transmission etc. Legacy car manufacturers who until recently produced ICE vehicles face a dilemma. Should they scrap all their previous platforms and create dedicated EV ones from scratch, or modify those they already have to accommodate an electric drivetrain?

There is no consensus in the industry about this. Some manufacturers modify existing ICE platforms, some create EV platforms from a clean sheet of paper, while some others adopt a hybrid approach to the matter using both methods on different vehicles. Let’s analyze the benefits of each approach.

When designing an ICE platform, usually manufacturers look years down the road. In order for an ICE platform to support an all electric vehicle, engineers have to predict it in their designs. Let’s take for example the MQB platform from the VW group. This platform was initially developed to support all kinds of propulsion methods. From petrol and diesel, to natural gas, plug-in hybrid and all electric. The positive of this approach is flexibility in production development but unavoidably, this kind of platform has its main focus on ICE cars.

Another example of this approach is BMW’s CLAR and FAAR platforms which both are developed for ICE cars but can serve as base for EVs as well. The majority of mainstream ICE cars follow the “all in front” layout. This means that if the engine is arranged transversely in the vehicle along with the gearbox then the power delivery takes place in the front axle as well. So this carries over to any electric vehicle based on the same ICE platform.

The ICE platform usually has predictions for the exhaust piping that run longitudinally and the potential 4WD hardware, so when makers replace those with batteries they need to make them in complex shapes such as “H” or “T”. Because of this complexity, it is difficult to have them with the largest available capacities. It also limits flexibility so different capacities are rarely available on the same model.

Additionally, there is a tunnel below the rear passenger compartment which splits it in half. This layout has its limitation, such as problematic torque handling and less than optimum use of space.

The torque handling disadvantage is less pronounced on platforms meant for rear wheel drive modified such as BMW’s CLAR. 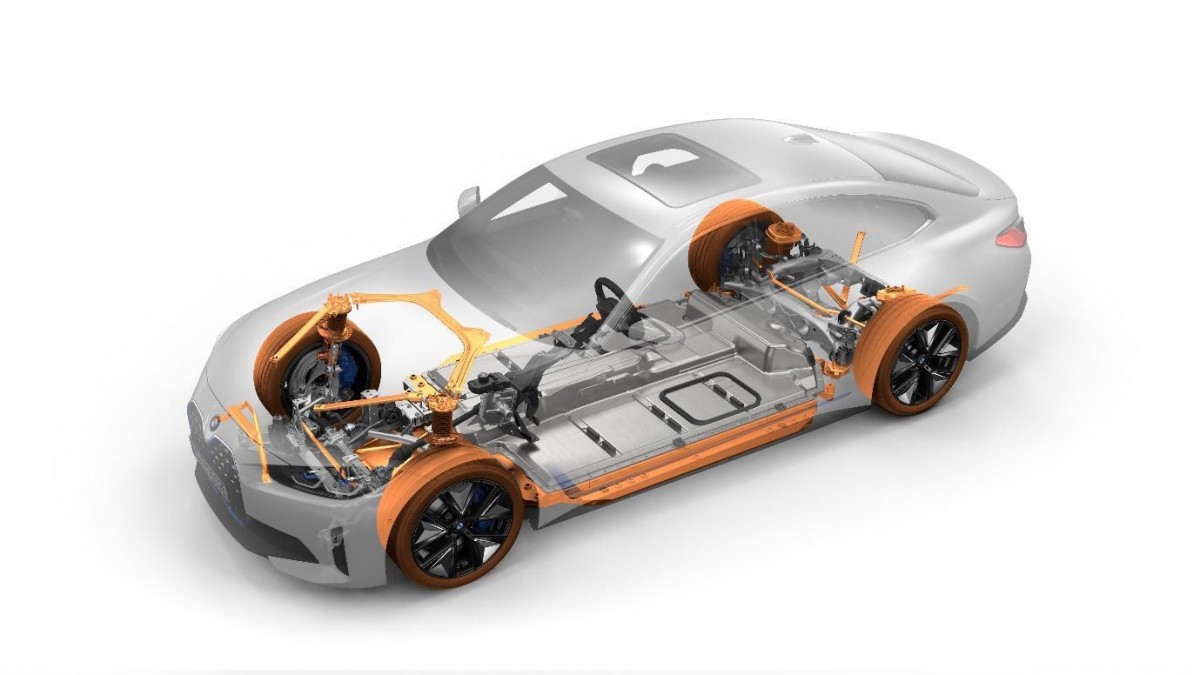 BMW i4 uses the multi-platform CLAR

Dedicated EV platforms require lots of R&D spending and take time to develop, which means they lead to increased vehicle cost and delayed market arrival. But they offer a number of advantages that make them the smarter way to go in the long run.

First of all, let’s talk about physics. If you have ever been in a fast car, you have noticed that during acceleration your back presses against the seat. This means that there is a weight transfer to the back of the car and at the same time the front gets elevated a bit while the rear squats. So, if you want to take full advantage of the big amount of the torque that an electric motor produces almost instantly without losing traction, then you have to send it to the rear axle.

That’s why when there is only one electric motor in the car, it usually powers the rear axle. This also means a better turning cycle for the car because front driveshafts don’t exist.

In contrast, the Renault Megane E-Tech and Nissan Ariya are both front wheel drive, even though they are based on a dedicated EV platform (CMF-EV). The reasons Renault-Nissan took this approach and forewent the advantages above are weight and space saving. By putting everything to the front, in this case, the weight is reduced by 100 kg (through mainly reduced piping and high voltage cable length) and the space in the trunk is improved. 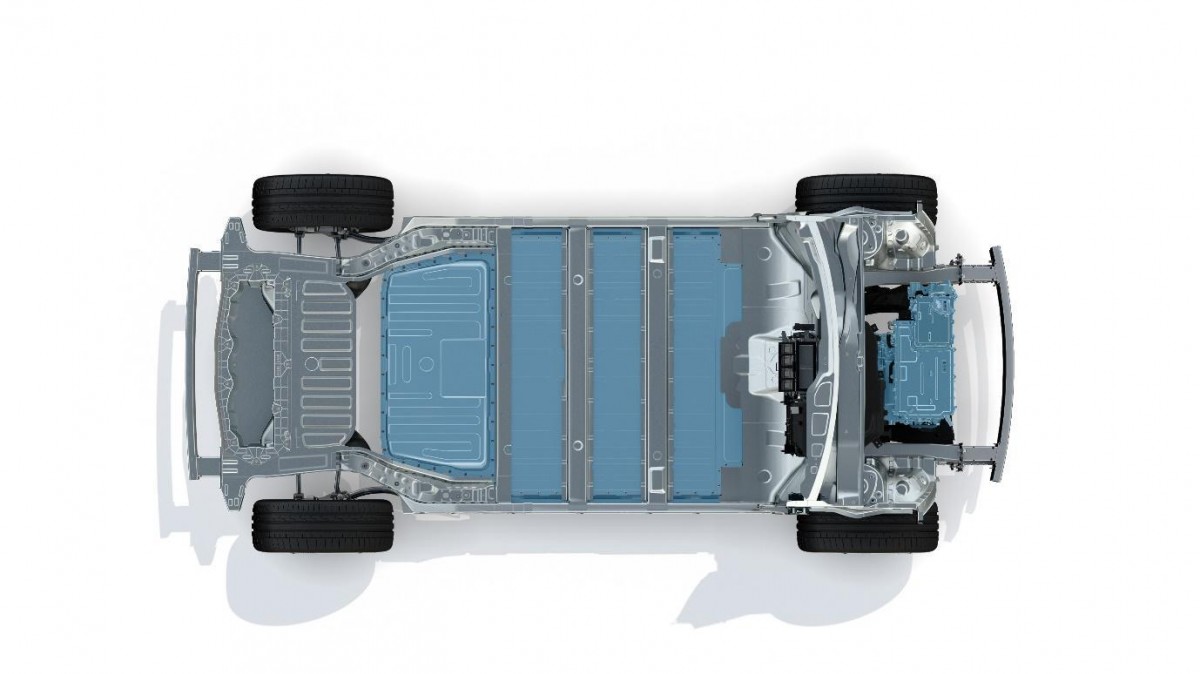 Another advantage that a dedicated EV platform brings to the table is simpler battery geometry which is rectangular between the axles of the vehicle and allows different energy contents being offered by adding more modules in the battery pack. This “skateboard” layout brings complications in the rear suspension design though. In this case a multi link fully independent suspension with longitudinal links can’t be used (especially in compact vehicles), instead only transverse links are possible.

Regarding space usage, a dedicated EV platform allows a flat floor in the interior of the car and lengthening of the wheelbase because less space is required for the “engine compartment”. This in turn boosts the room inside an electric vehicle, allowing compact cars to offer space comparable to bigger cars.

As the main battery sits low in the vehicle, because of its height, the manufacturers are forced to elevate the car a bit, electric mobility currently is more suitable for SUVs and crossovers which in turn bring their limitations in aerodynamics.

When trying to create a lower electric vehicle such as a sport coupe, Porsche and Audi use the foot garage concept in their respective Taycan and E-Tron GT cars. Foot garage is a gap in the battery pack, giving more space for rear passengers’ feet. 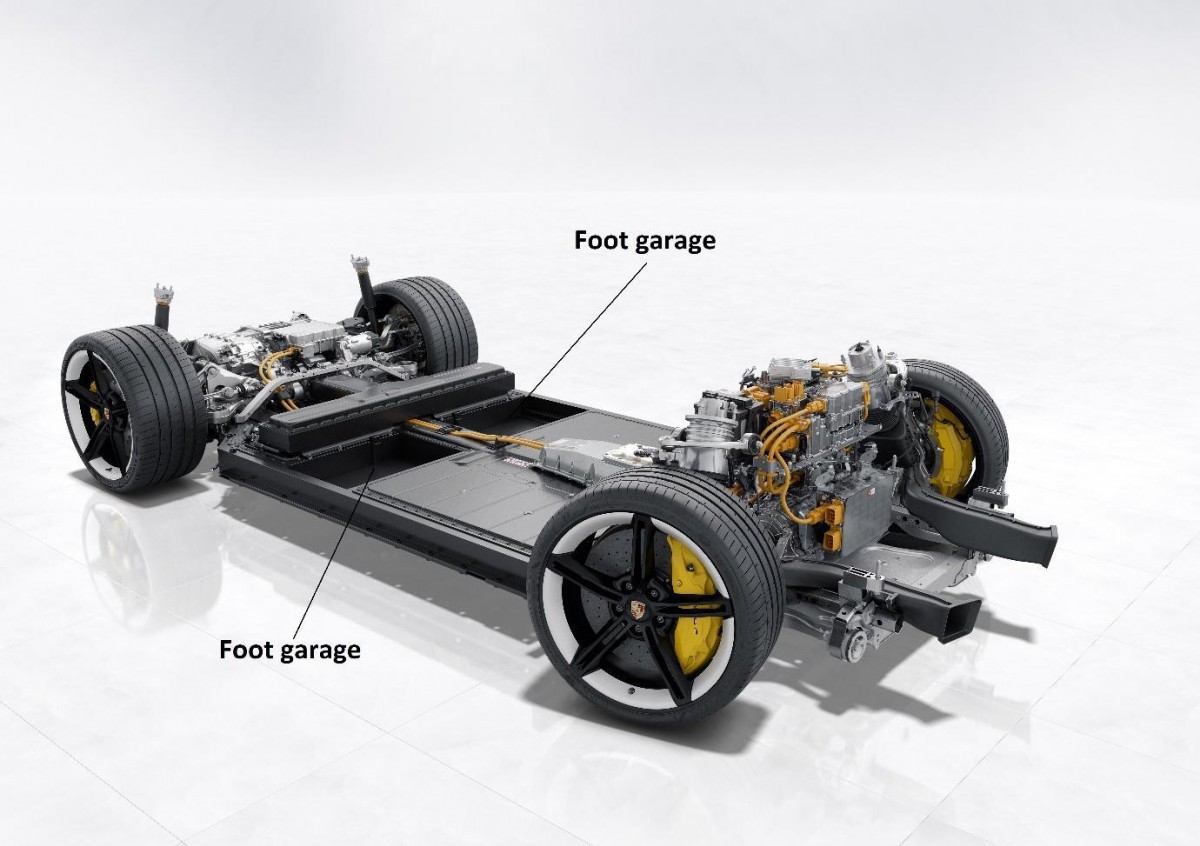 Porsche and Audi use J1 platform with a "foot garage" 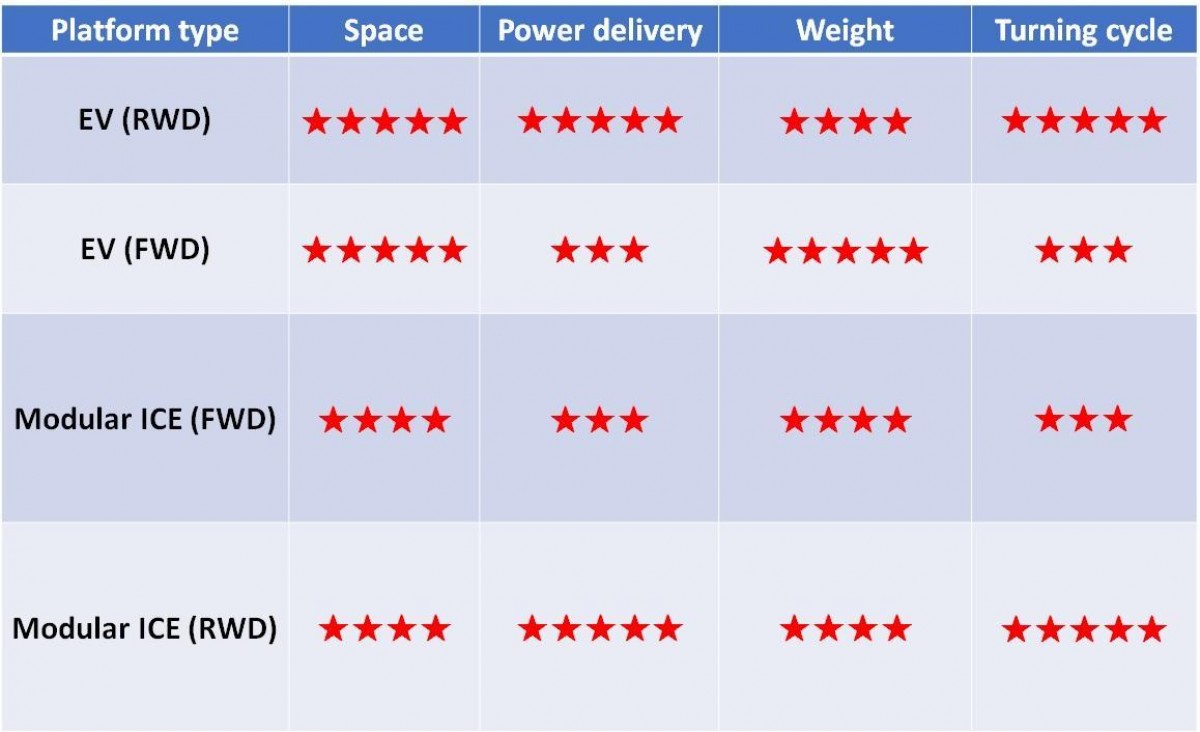