Brabus is the second largest tuner of Mercedes-Benz after AMG. The company was founded in 1977 and is responsible for some of the most outrageous creations like the 900 horsepower G-Wagon. The company modifies Smart cars and Maybach as well and just like the AMG, it is getting closer to the Mercedes-Benz brand. 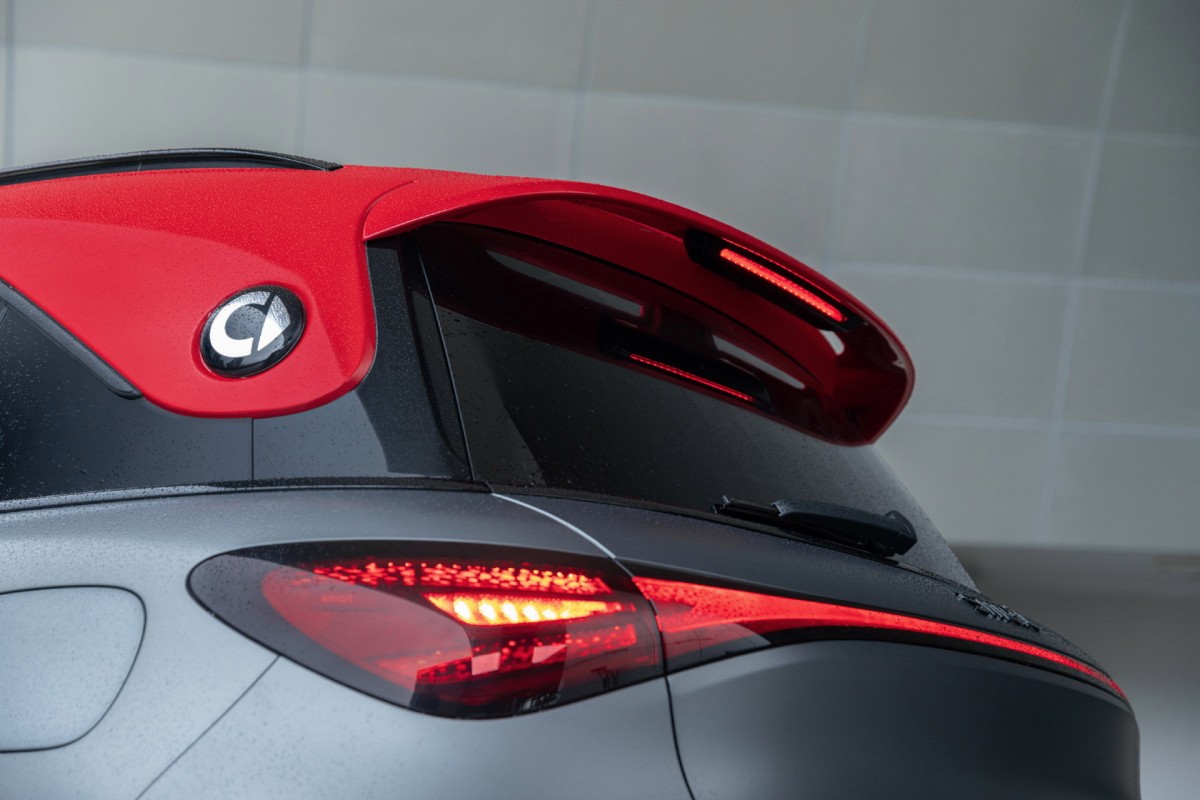 Big tuner houses are quick on spotting and securing opportunities, they have their markets cornered and know their customers really well. When Smart announced its #1 - the first new Smart in a while - Brabus was quick to jump in and seal the deal. The result is the first production Brabus Smart #1 that will be sold through dealership networks across the globe. 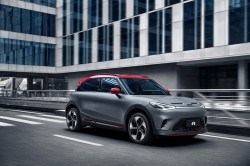 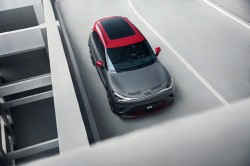 Regardless of the color, the Brabus versions will be easy to distinguish thanks to its red roof and red accents on the front and rear bumpers. There are red brake calipers behind a unique set of wheels and red mirror caps with red accents running down the sides of the car.

The interior is where we see a lot of Brabus branding - the steering wheel and the seats com with the unmistakable logos. Smart #1 has already a nice layout, simple, classy and uncluttered and Brabus builds on it with the flat-bottom race inspired steering wheel, high-bolstered sport seats and plenty of aluminum trim. 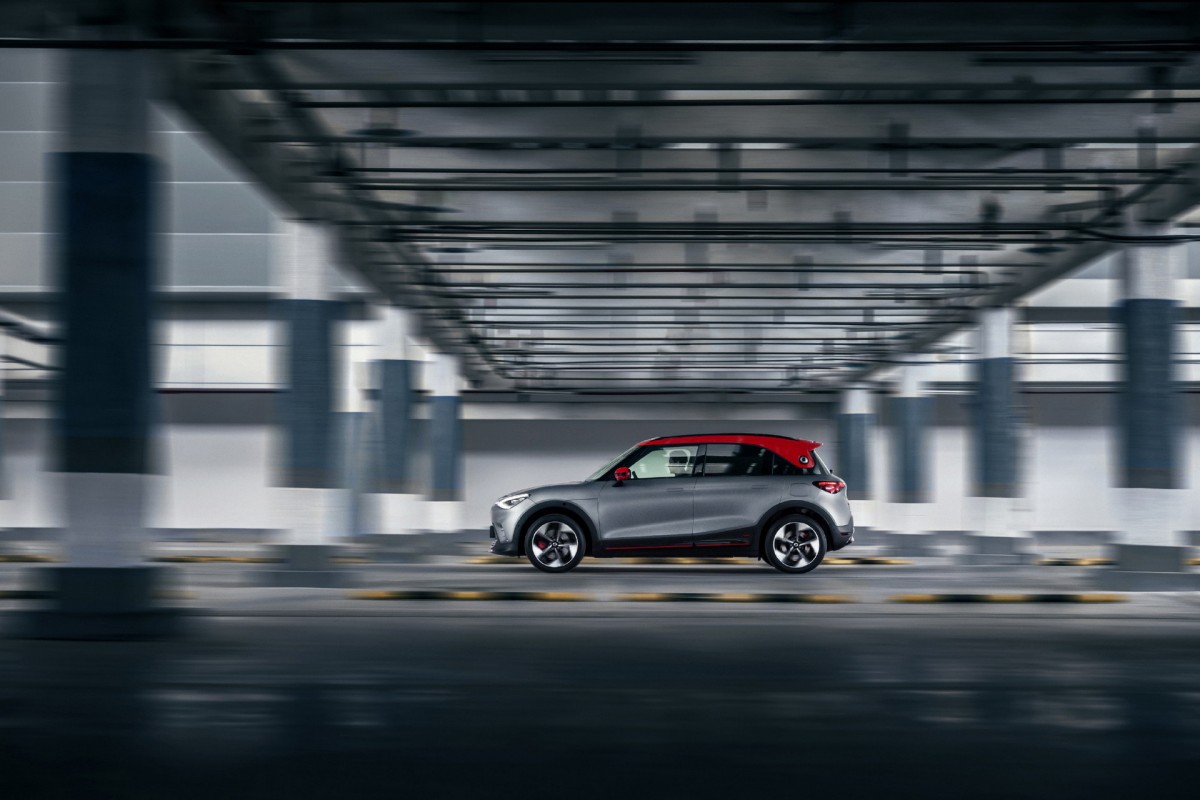 Every plastic part inside has a brushed silver finish, the air vents look like they may be actually made out of the real thing. There are sporty aluminum pedals with rubber bits to keep your feet glued. Red seat belts and plenty of red accents through the cabin complete the look.

Since this is a full-blood Brabus, the changes aren’t only visual. The standard Smart #1 comes with a single, 200 kW (272 ps) motor which already makes the car rather nippy. But this is Brabus and Brabus has just one motto - go big or go home. 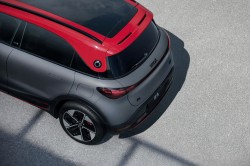 #1 Brabus is going to be a twin-motor AWD city slayer with at least 299 kW of power (406 ps) and some Chinese sources claim as much as 315 kW or 434 ps will be available. That makes this little urban crossover an absolute getaway tool. If Edgar Wright new the #1 Brabus was coming, he would have waited with filming the Baby Driver.

Brabus has been making ridiculously fast cars for a very long time and it knows its trade. #1 Brabus is not just a show, the increased power is just one part of the package. The car comes with revised suspension and upgraded brakes to make sure this little pocket rocket can corner and can stop when required. 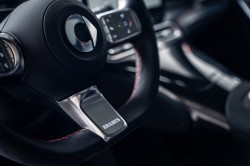 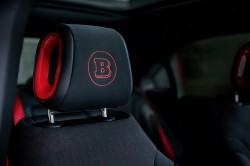 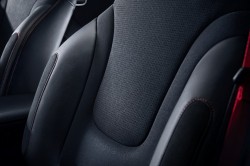 The premiere is on August 26 and we can’t wait, Brabus becoming a dealer option is a huge opportunity for customers to own one. The only downside will be the smaller 66 kWh battery that will need frequent replenishing, the quoted range whatever it will be simply won’t be achievable in this car. Battery charging and tyre changes - those will be two most frequent maintenance items for the lucky owners. 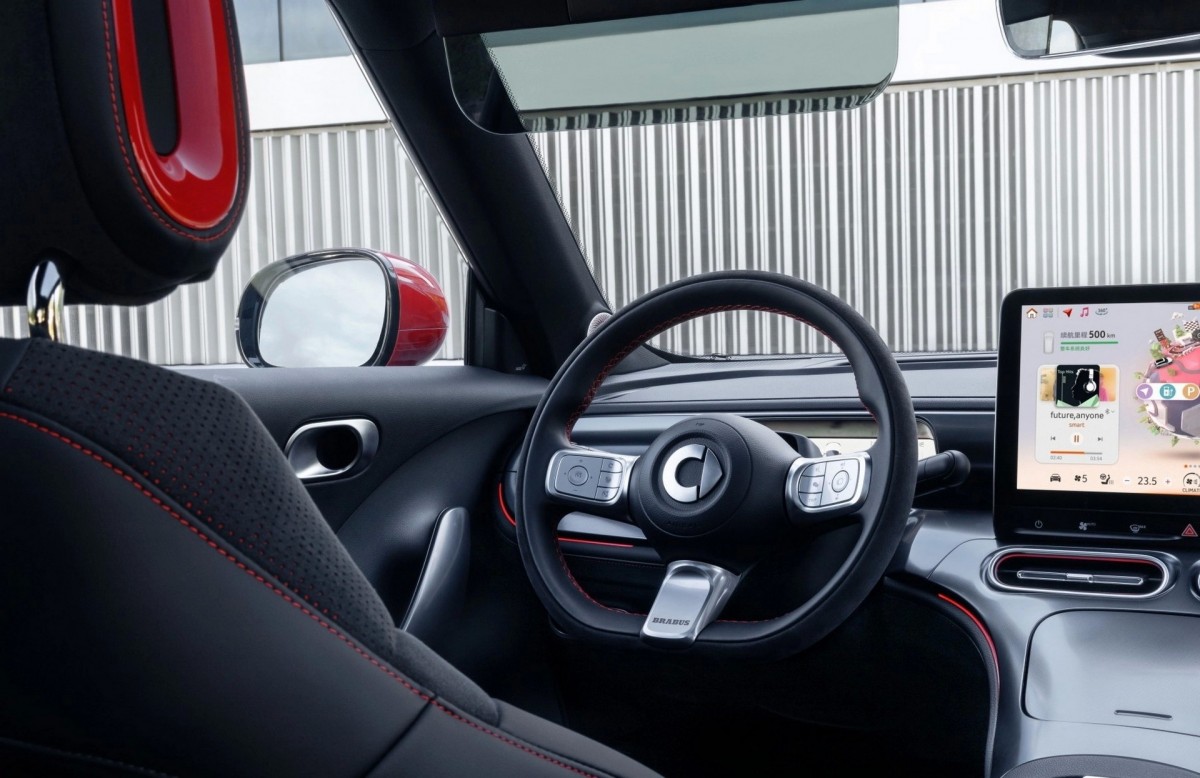 #1 Brabus is not the only electric car from the German tuner. The company has already introduced the Brabus EQS that caused quite a stir in the automotive world. To start off, Brabus hasn’t just taken a basic EQS 450 to build its creation. No, the company went for the EQS AMG 53. Improving the already improved? 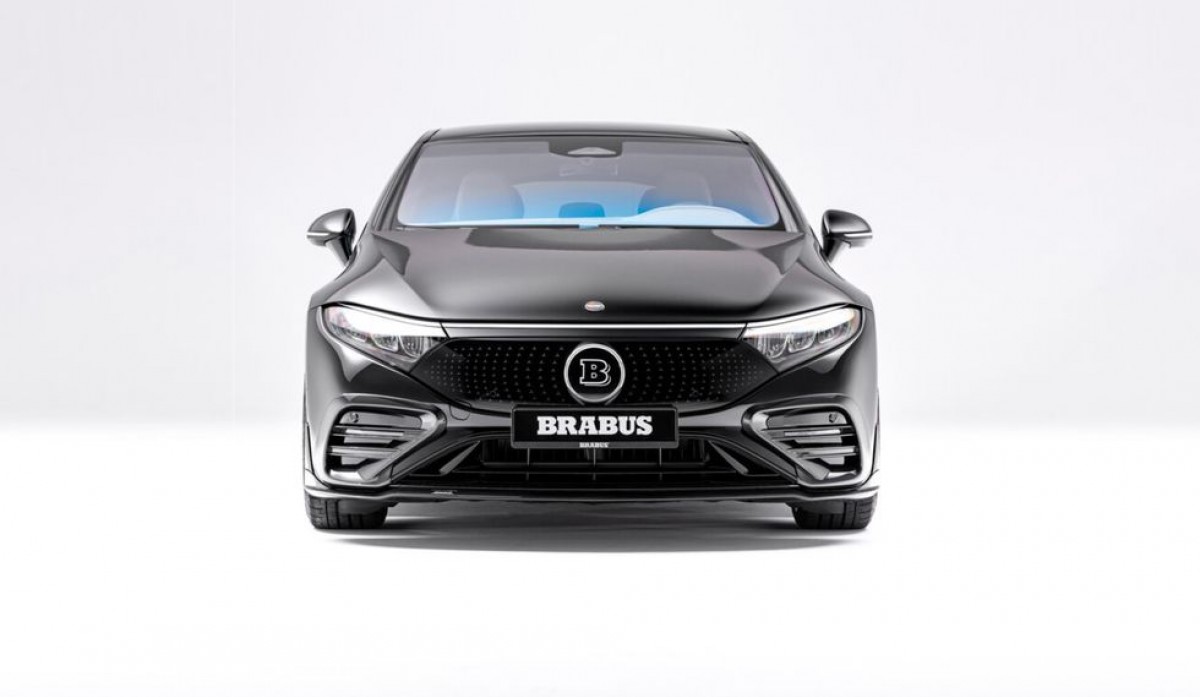 The already lowered suspension was dropped even further down by additional 15 mm at the front and 25 mm at the back.Then the company added new front spoiler, new rear diffuser and rear spoiler as well. All that beautiful carbon fiber work resulted in a reduction of the cD value by 7.2% exactly. That’s an unusual approach for Brabus.

The EQS received a set of the glorious 22” Brabus Monoblock alloy wheels - forged, polished and with gloss black accents. Those wheels are like a signature, there is no original Brabus out there without the Monoblocks, one of the most recognisable wheels in the universe. For now Brabus is not planning any power increases for the EQS but this will change, the market will demand and the company will oblige. With the #1 Brabus soon to hit the showrooms, the company is just testing waters. Customers will love the smaller performance car and will be tempted to switch to something bigger and faster. Brabus has a good plan.