VW ID. Buzz is now fully official in all its fun, colorful glory

VW's teaser campaign for the all-new ID. Buzz was incredibly intense over these past few weeks, and it feels like it has managed to build a significant amount of hype for the company's new electric people mover. And just as expected, today the wraps fully came off: the ID. Buzz is finally, fully official! 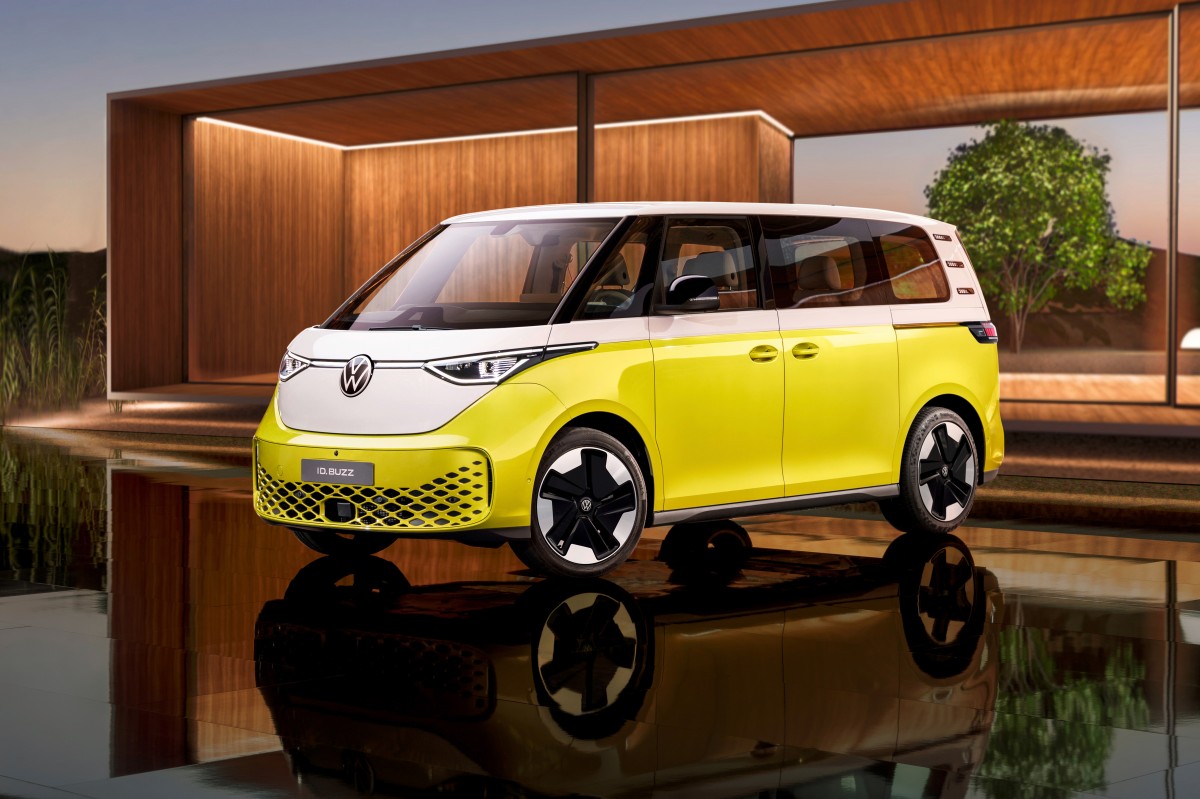 The looks are even more distinctive without the camouflaged bits, and this is definitely going to be a unique presence on roads - one that you can't confuse for any other vehicle. That's a feat in and of itself, but there's also something incredibly fun about the Buzz's design, and that could elicit an instant positive emotional response from a lot of people. 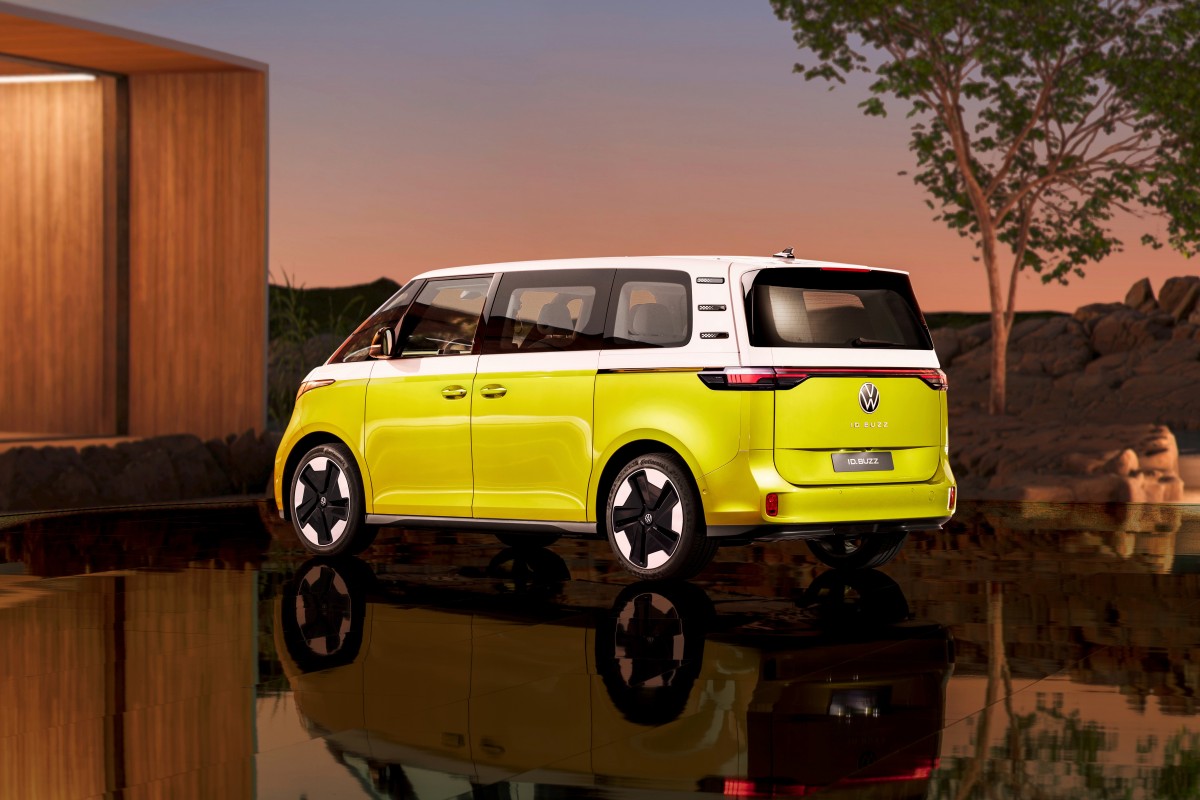 The ID. Buzz is continuing the line that started with the T1 in the 1950s, fully bringing people movers / vans like this into the 21st century by going electric. It's using the ID.4's platform, so a lot of the specs will sound familiar to those who know about that model, but there's definitely an entirely different vibe that the Buzz gives off compared to that one. It's more playful, for sure. 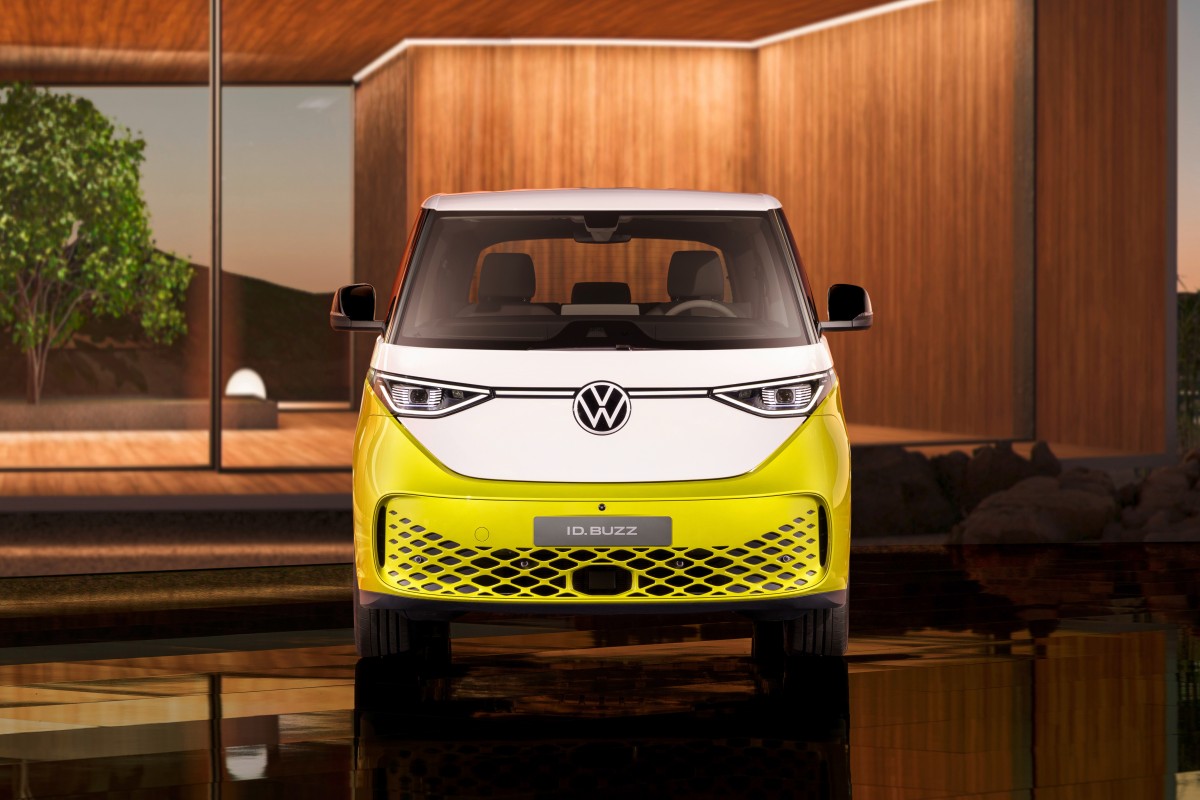 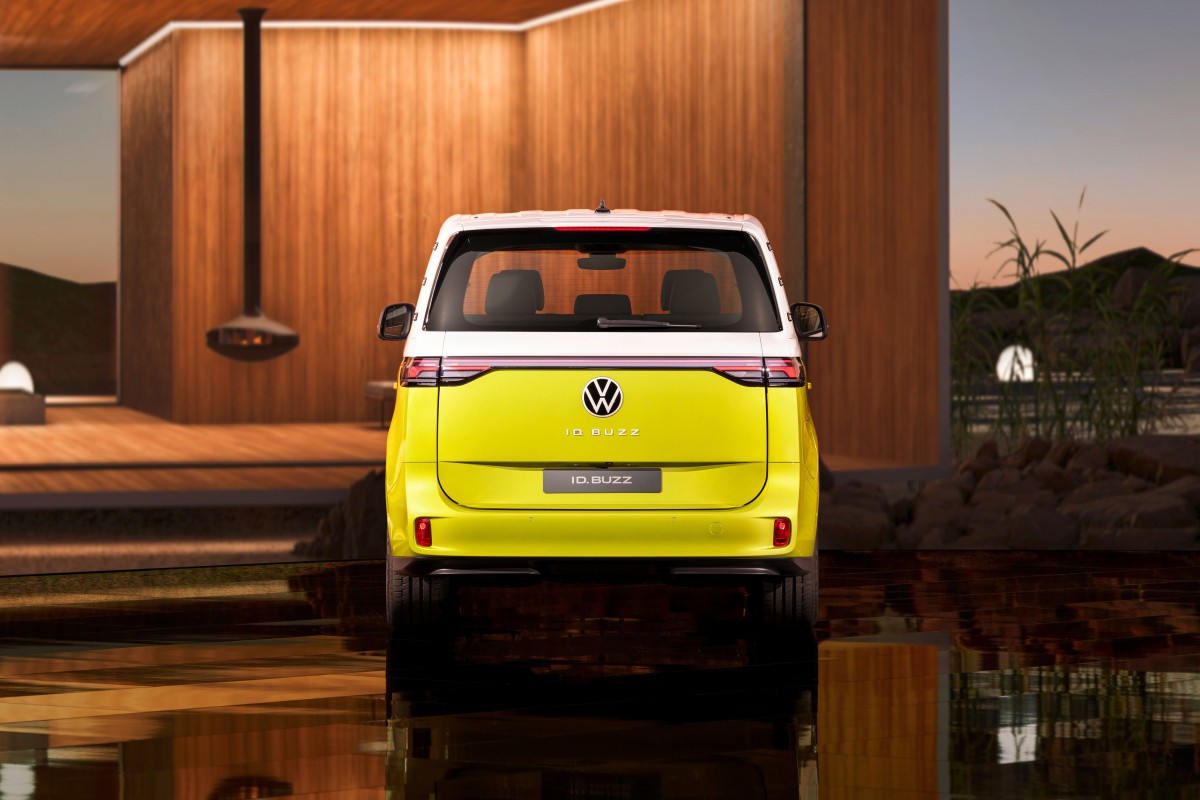 The ID. Buzz will also offer the Plug & Charge function, which sees the car authenticate itself at compatible DC charging stations via the charging connector itself, exchanging all the necessary data without the need for you to fiddle with the station's display(s). Bidirectional charging lets the Buzz feed unneeded energy from the battery into your home network, provided you get a special DC bi-directional wall box. 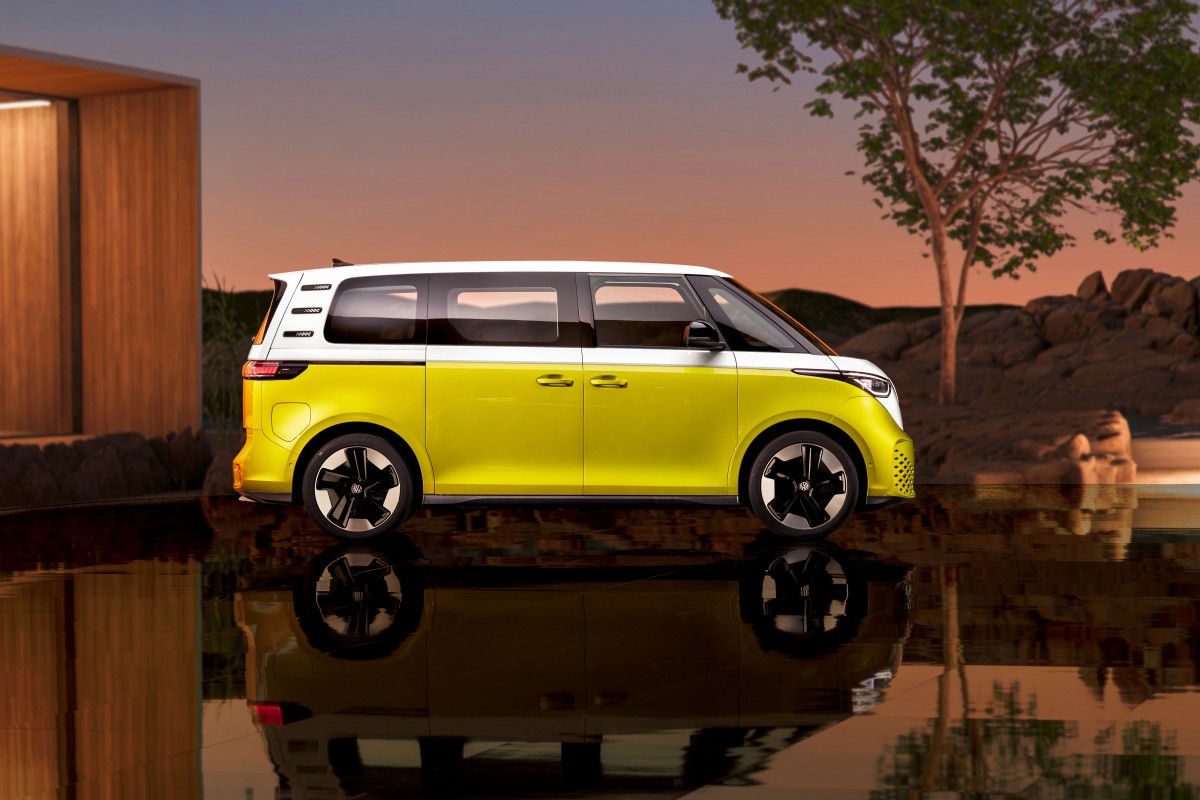 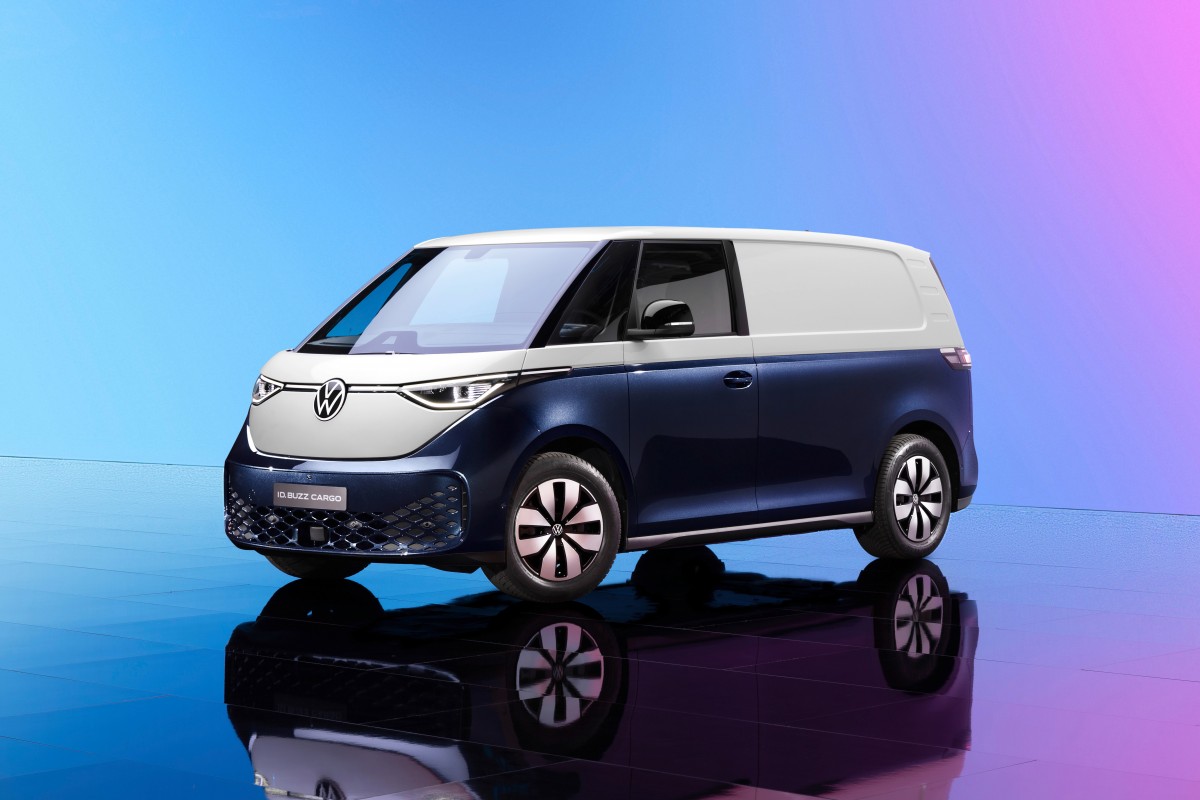 With five people seated, the luggage capacity at the back is a whopping 1,121 l (39.6 cu ft), which goes up to 2,205 l with the second row of seats folded. The ID. Buzz Cargo has a fixed partition after the first row, enabling a total of 3.9 cubic meters (137.7 cu ft) of cargo space in the rear. That means it can take two loaded euro pallets. Both the Buzz and Buzz Cargo come with 18" steel wheels as standard, and on the Buzz you'll also get optional aluminum alloy rims from 18" to 21". 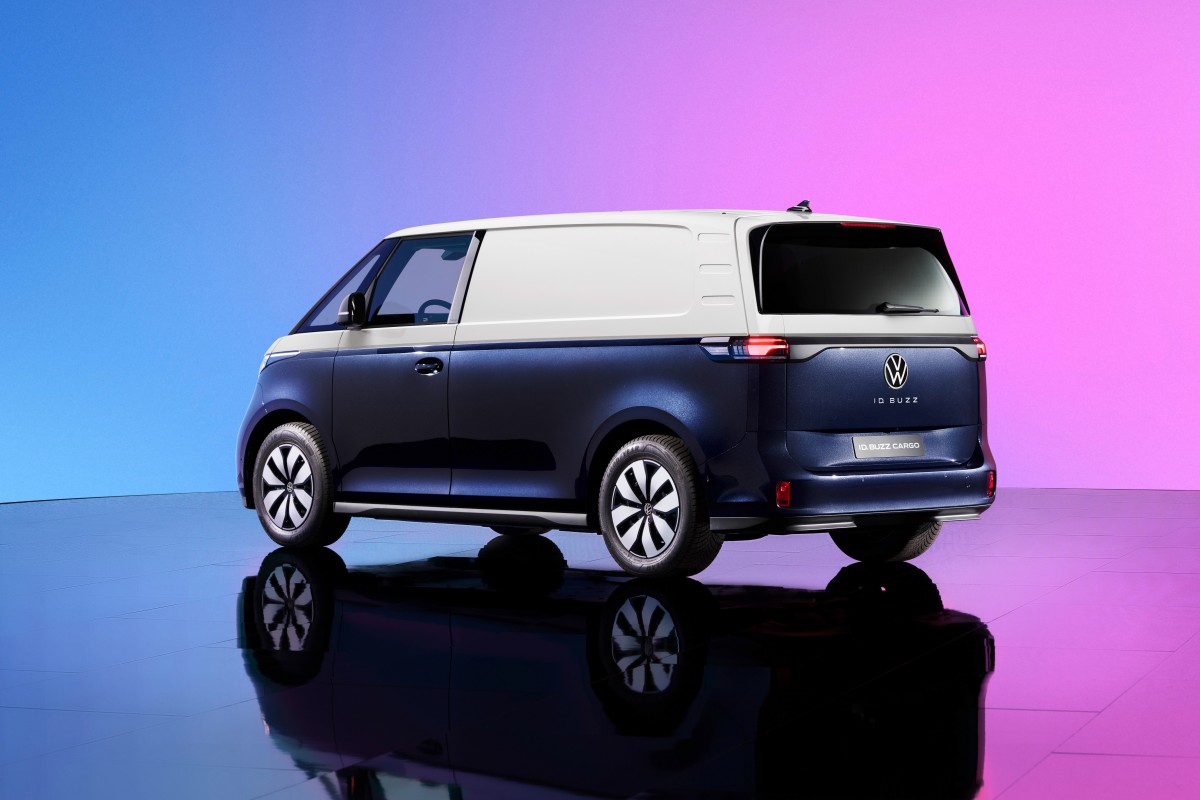 On the inside, there's a 10-inch Digital Cockpit display in front of the driver, and an additional 10" center-mounted infotainment system. A 12" display with navigation is optional. There's standard 10-color ambient lighting, or you can splurge for the optional system with 30 colors. 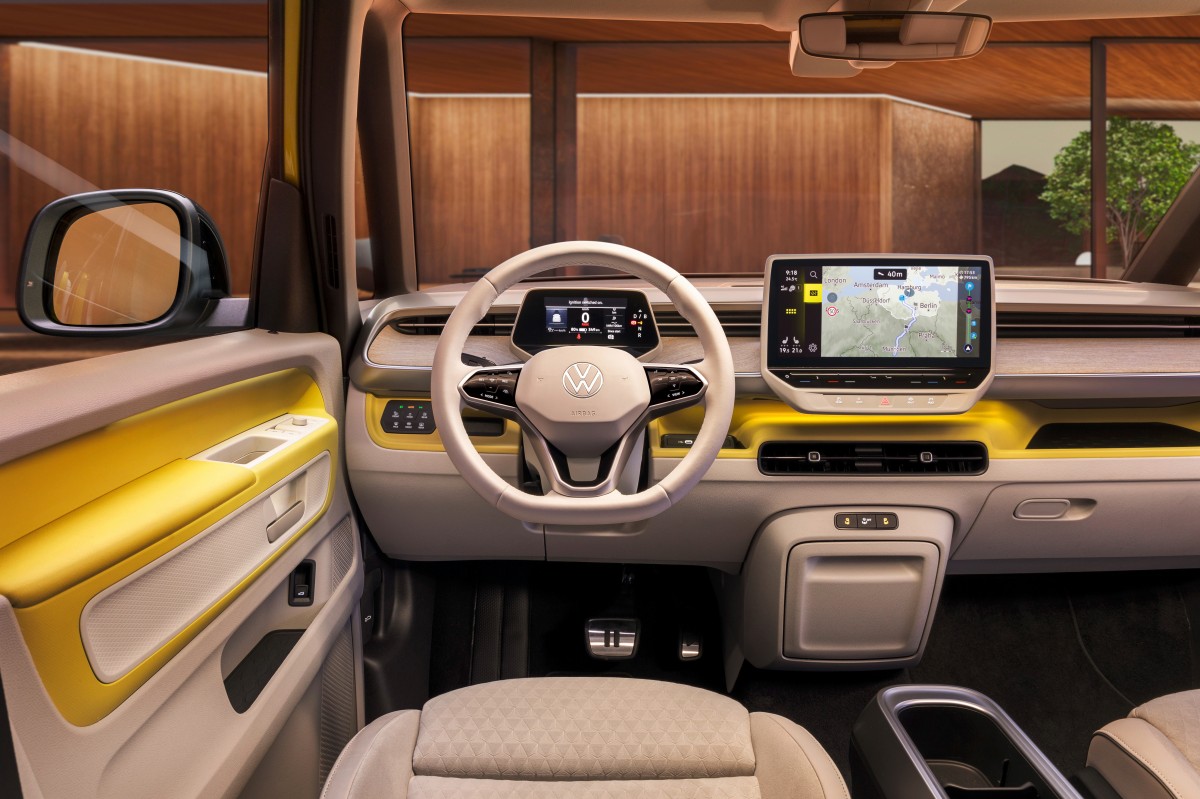 If you were expecting to get any details about range or 0-100 km/h performance, VW disappoints, staying completely mum on the matter. The company's arm in the US has, however, revealed that more battery versions with various power output levels are expected next year. 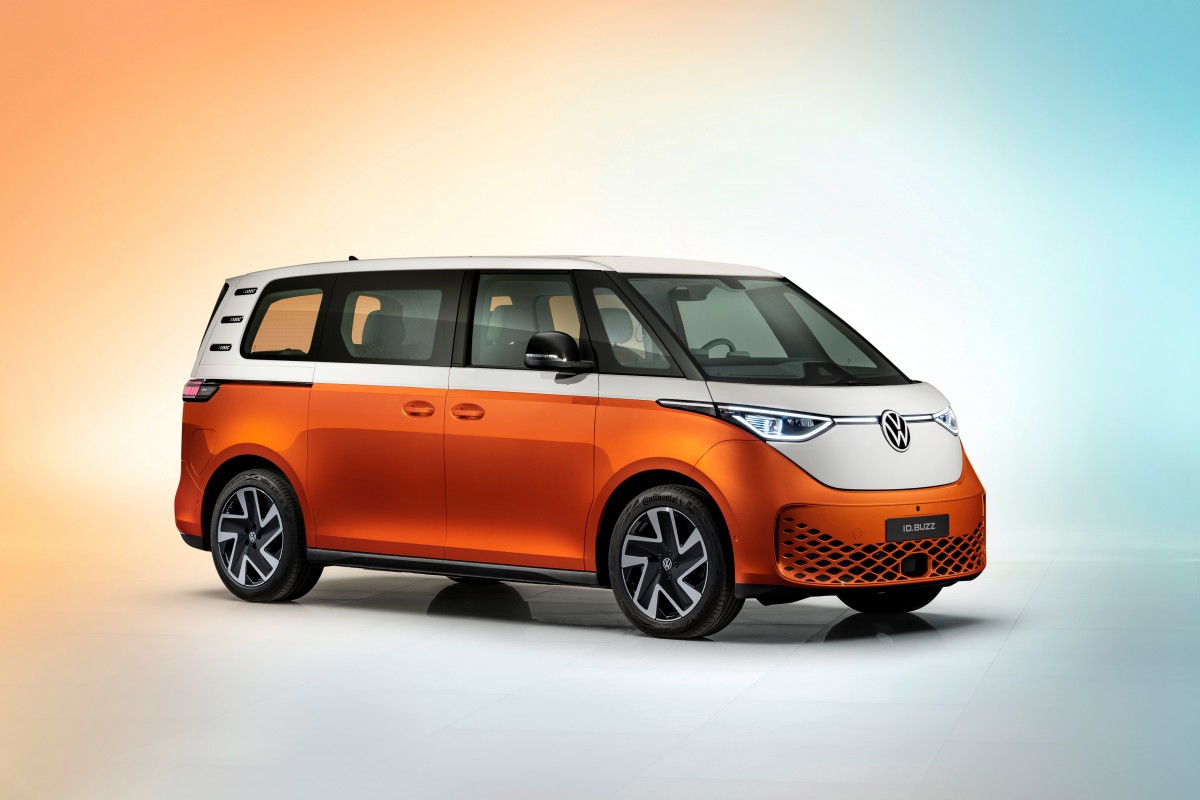 Also next year, the ID. Buzz is getting an extended wheelbase version (in both passenger and cargo iterations). It's headed to the US in 2024, and that model will be based off the long-wheelbase passenger model. 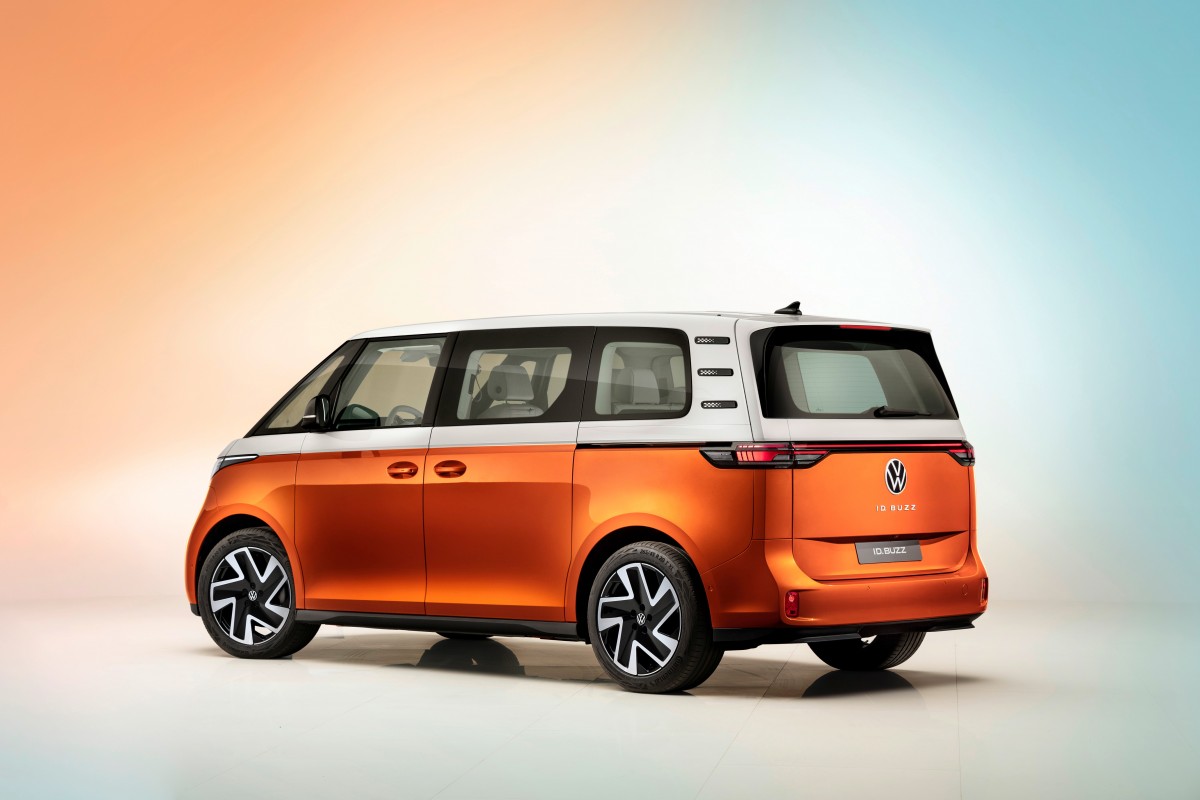 Over in Europe, pre-sales will start in select countries in May, with deliveries expected to start "this autumn" from the German factory where these will be made. Production is set to start by the end of June. In terms of colors, there are eleven total options, seven of which are single-hue, and four two-tone ones. On two-tone models, the upper section, including the roof and V-shaped hood is finished in Candy White, while the areas below are one of Lime Yellow, Starlight Blue, Energetic Orange, or Bay Leaf Green.

Can't wait for a poptop version

This has got my attention.

And I am waiting for a higher battery capacity version. I think it needs it. No wonder they are not publishing range yet, probably not that good.