Arcfox Alpha-S is the first production car with “Huawei Inside”

Arcfox is an EV brand of BAIC - Beijing Automotive Group, the state-owned Chinese automaker. The company is the 6th largest car manufacturer in the country, it was founded in 1958 and apart from its own brand vehicles such as Beijing, BAW, Changhe, Foton, Ruili Doda and Arcfox it makes cars under joint ventures - Beijing Benz and Beijing-Hyundai. 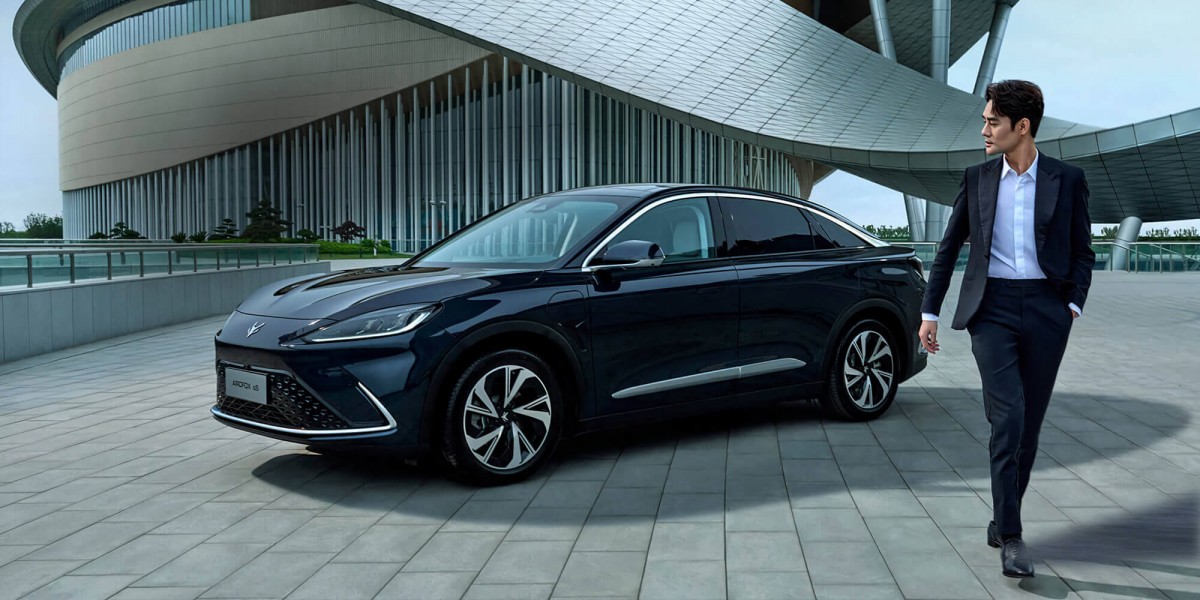 Arcfox Alpha-S is the very first vehicle from the dedicated EV brand, it was only announced in April last year. The car is manufactured in Zhenjiang with help from parts giant Magna. The car is touted as the first EV in the world with a smart cabin based on HarmonyOS from Huawei and it has the full set of smart and autonomous features developed by the phone giant.

The autonomous driving system in the Arcfox Alpha-S has 400TOPs of computing power, the car has 3 LiDAR sensors, it has six mmW and radars and 12 ultrasonic ones. The camera department comes with 9 ADS units and 4 surround view cameras. The autonomous driving system from Huawei appears to be highly advanced, the engineers claim it surpass Autopilot from Tesla - watch the video below and tell us what you think:

The system seems to be very comprehensive and highly capable, unprotected left turns were dealt with without much hesitation but its reactions to pedestrians and the scooter emerging from the right and going against the flow - very impressive.

Arcfox Alpha-S has been on sale since January but only a small number of cars were manufactured and delivered to just a handful of customers, almost as if it was just a soak test. Now with the cars being produced at full scale deliveries to many patiently waiting customers can begin. 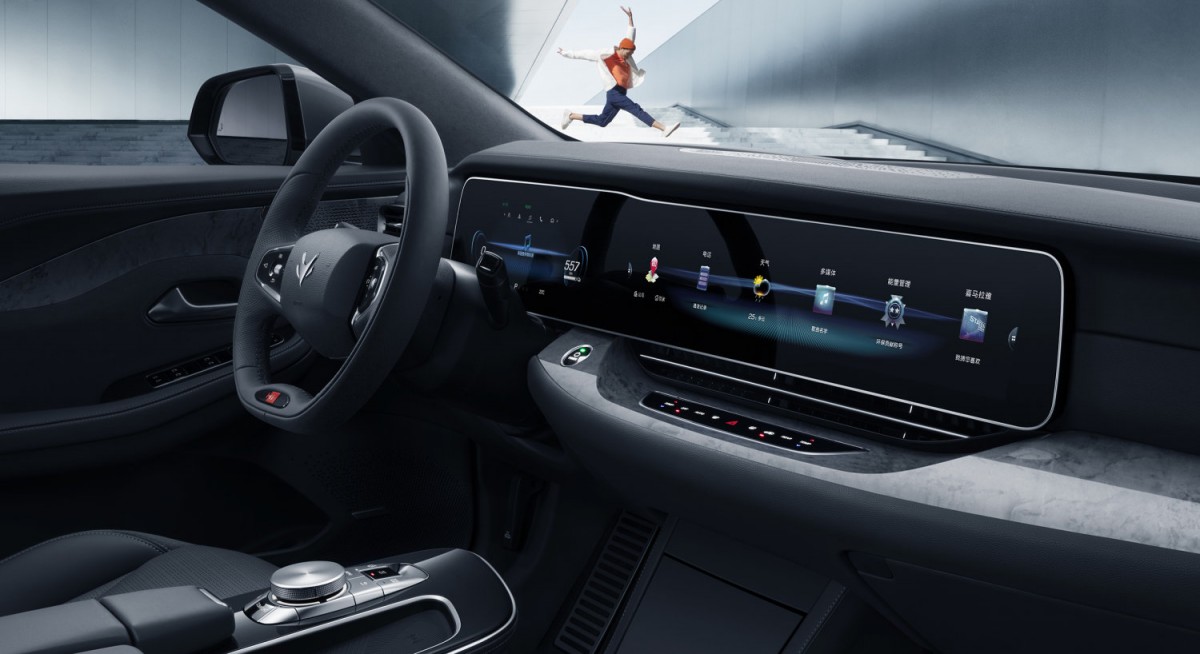 The Arcfox Alpha-S is not a slouch - peak power stands at 473 kW (643 ps) and the car accelerates from 0 to 100 kph in 3.5 seconds thanks to its 655 Nm of torque. The 800V battery charging can reach 187kW allowing the car to charge from 30 to 80% in just 15 minutes. Claimed range is up to 708 km but without knowing the battery capacity it’s difficult to estimate if the numbers are real. Another interesting bit of info is that the car comes with lifetime and unlimited mileage warranty.

State owned manufacturer takes on the competition from Nio and Xpeng, buys the best technology from Huawei and contracts Magna to manufacture its first EV. Then it gives the car unlimited warranty and an attractive price. Is this a recipe for a winner? Next 12 months will be interesting and we will be watching the numbers closely. 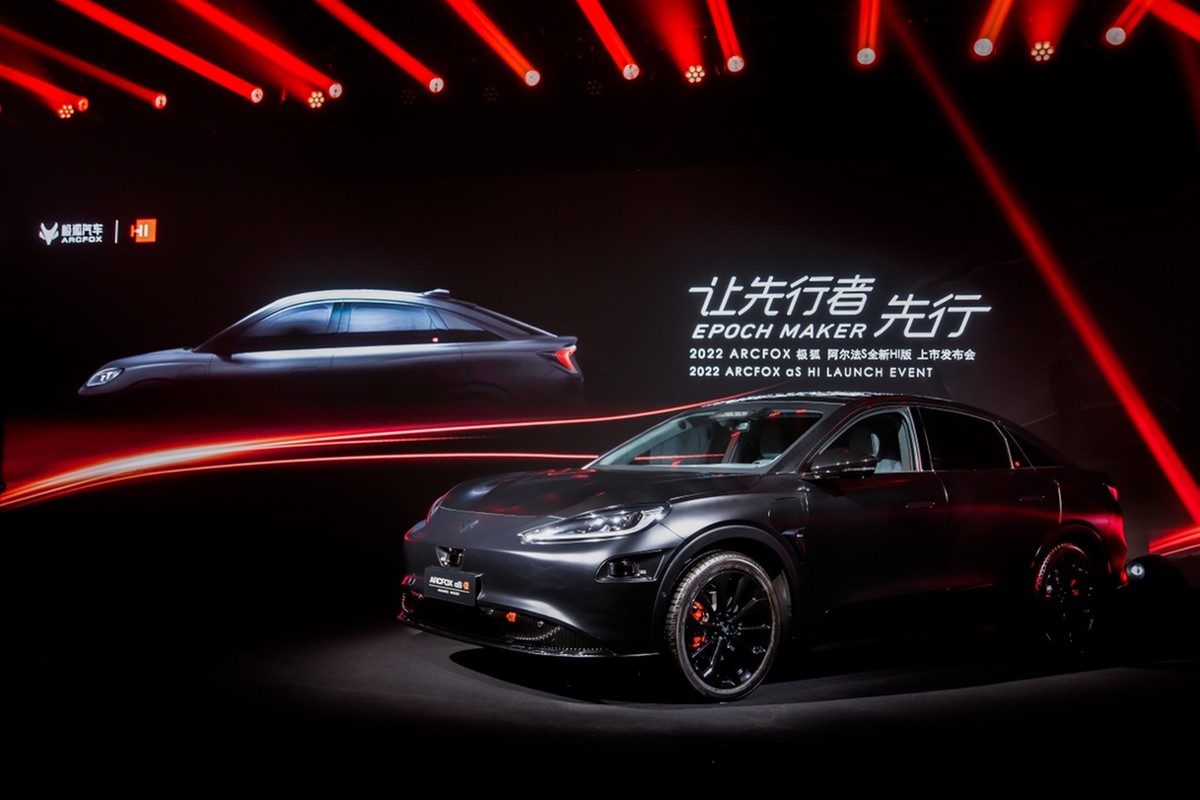 Why should we care? It's essentially a super small custom run, for China only. And why would anyone in the West buy a "China government inside" vehicle, even if it was available?