As some of you may have heard, Mercedes-Benz has been granted regulatory approval to begin testing its Level 3 autonomous driving technology on Nevada roads. This marks a significant milestone for the company, as it is the first automobile manufacturer in the United States to receive such approval.

For those unfamiliar with the term, Level 3 automation refers to a vehicle's ability to drive itself in certain restricted situations, as defined by SAE International. When this occurs, the driver is free to take their eyes off the road and perform other tasks, as the activity being performed by the person sitting in the driver's seat is not considered "driving." 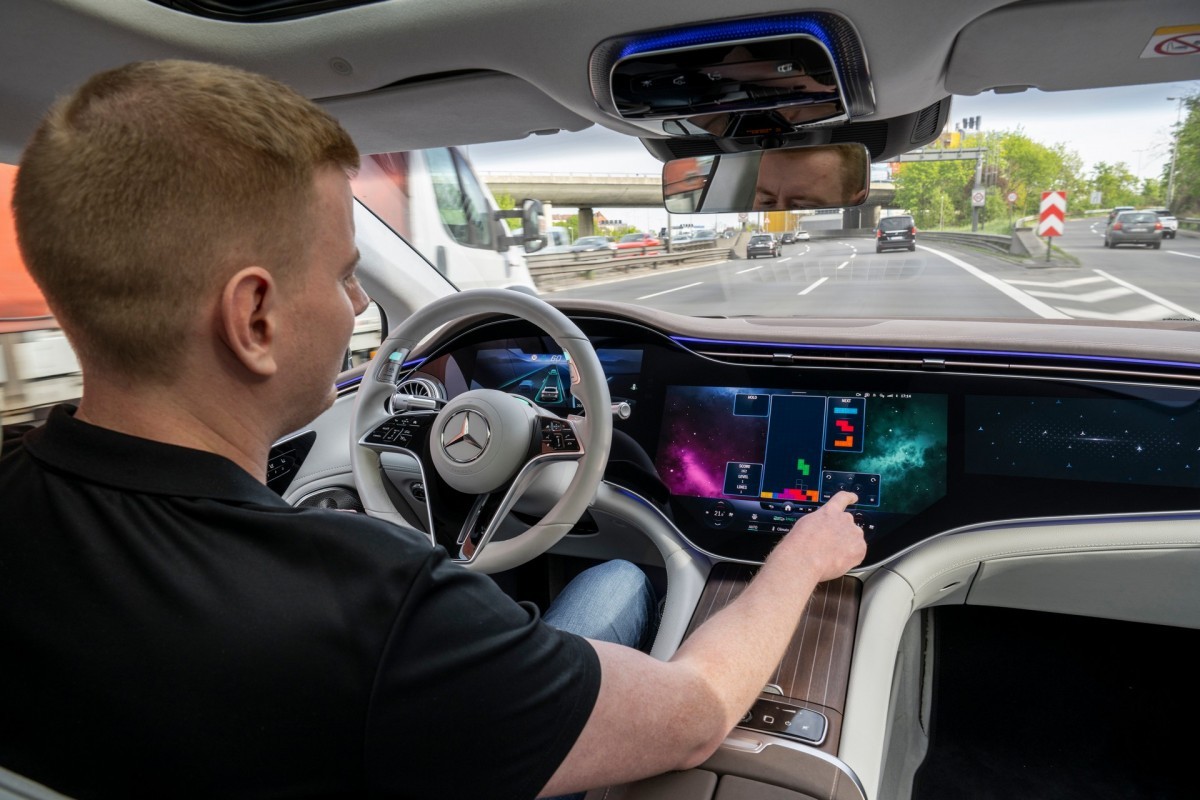 However, it's worth noting that the Mercedes Drive Pilot technology is only functional at speeds of up to 40 mph (64 km/h), so it's primarily intended for use during times of congested traffic. While this may not constitute full autonomy, it does allow drivers to check their emails or otherwise divert their attention from the road while commuting.

But don't get too excited – the person sitting in the driver's seat must remain awake at all times, as the vehicle may ask them to take control at any moment. If the driver does not respond after ten seconds, the vehicle will come to a sudden stop. 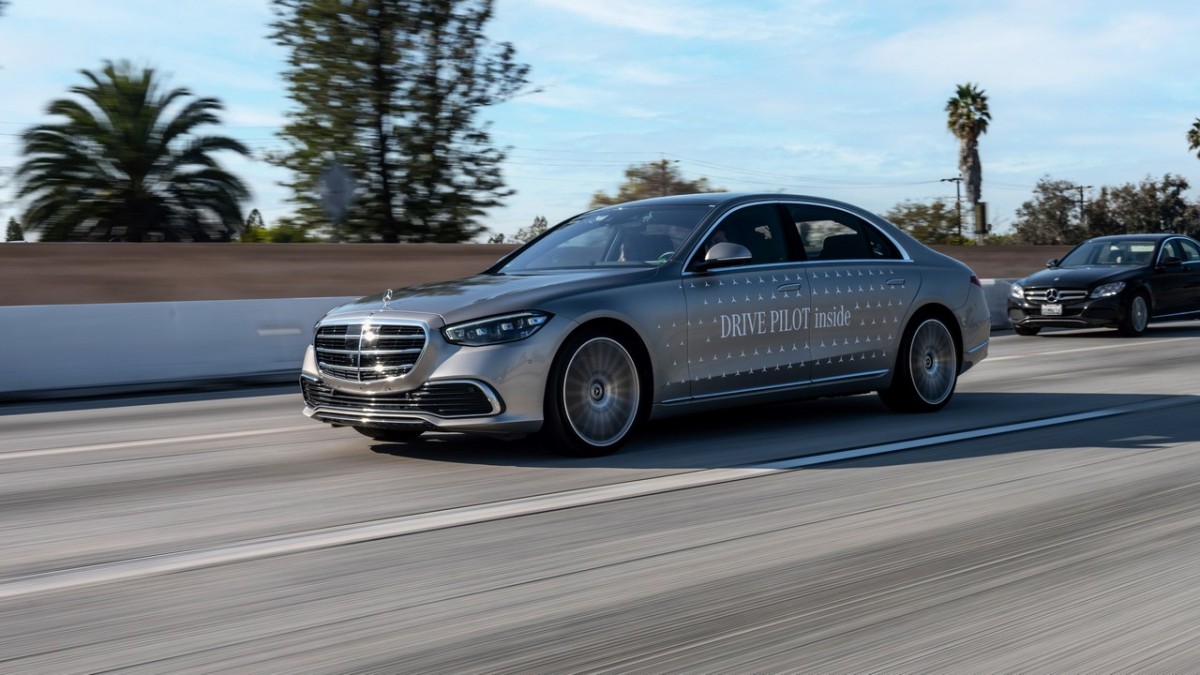 While some companies have begun testing fully autonomous vehicles in cities like San Francisco, these are typically only being used for robotaxi services. Mercedes-Benz's Drive Pilot, on the other hand, is designed for use in consumer automobiles.

Following its successful testing in Nevada, the company has stated that it intends to try its luck in California as well. It's worth noting that Drive Pilot has been available in Europe for some time, and can be purchased in Germany for an extra €5,000 on the S-Class or €7,430 on the EQS. 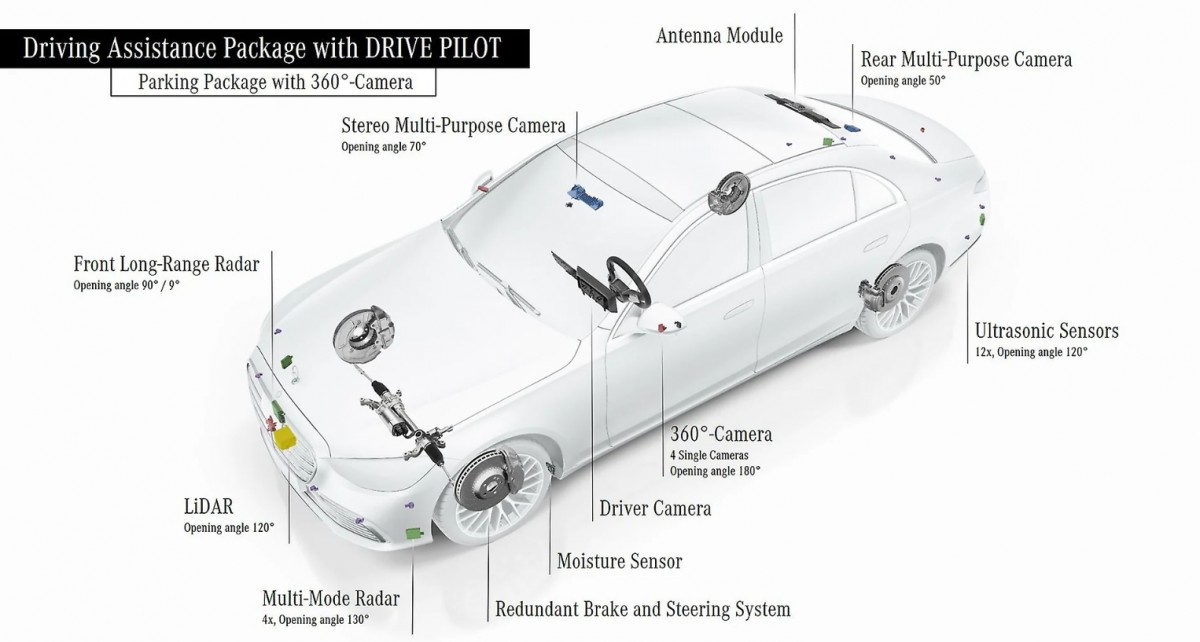 In addition to Drive Pilot, Mercedes-Benz has also announced that it will be introducing its Automatic Lane Change technology to the North American market this year. This technology allows vehicles to switch lanes even when cruise control is engaged.

All in all, it's an exciting time for Mercedes-Benz and the future of autonomous driving. While we're not quite at the point where we can kick back and relax in self-driving cars just yet, these advancements bring us one step closer to the day when we can fully relinquish control to our vehicles.

Yea if you think that’s true you’re very biased. I have a Tesla and have had the opposite experience. Hourly brake checks for no reason on totally open roads, running red lights, the list of issues with the system is extensive. Not worth $5 let alone...

You do realize that Tesla is only level 2? The FSD (how Tesla calls it) seems to be misunderstand by alot of consumers what makes it even more dangerously situations. To many accidents are happening with Tesla’s at the moment.

Tesla FSD blows the pants off all other systems. I use it on densley populated Manhattan streets, in the rain, at night. It sees everything - bikes, people, dogs, cones, skateboarders, you name it. It changes lanes, makes unprotected left turns, hand...